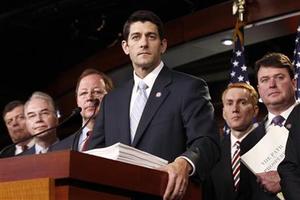 WASHINGTON Republican Rep. Paul Ryan, the author of a controversial plan to overhaul government health programs, would make a good presidential candidate, the No. 2 Republican in the House of Representatives said on Monday.

WASHINGTON Republican lawmakers vowed to vigorously oversee the new financial reform law but stopped short of promising major changes to the legislation they have described as "job killing."

WASHINGTON The incoming Republican chairman of the powerful tax-writing committee in the House of Representatives said on Wednesday extending Bush-era tax cuts for all income groups could slip into next year if Democrats don't compromise with Republicans.

Obama reaches out to Republicans on tax forms

WASHINGTON President Barack Obama on Wednesday suggested working with Republicans on a provision of the new healthcare law that requires businesses to file tax forms on transactions worth more than $600.

WASHINGTON Republican victories in congressional elections have boosted the chances for approval of three long-delayed free trade agreements, and could mark the start of a cooperative effort between the White House and Congress to open new markets for U.S. exports. 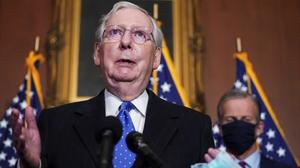