This year's Oscars show will go on, with a host

The Academy Awards will have a host for the first time since 2018 and return to their longtime home at the Dolby Theatre, broadcaster ABC said on Tuesday.

Motion Picture Academy CEO Hudson to step down in 2023

91 years of hosting the Academy Awards 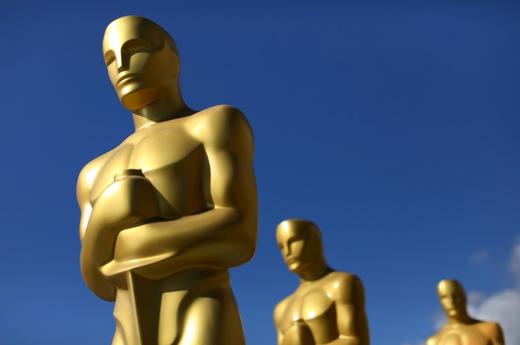 Final TV ratings for Oscars inch up to 10.4 million viewers

The Oscars telecast on Walt Disney Co's ABC broadcast network averaged 10.4 million viewers, less than half of the audience for last year's ceremony, according to final Nielsen data released on Tuesday.

LOS ANGELES (Reuters) -The Oscars telecast on Sunday, stripped to its bare essentials by constraints of the COVID-19 pandemic, exhibited a look and feel like no others - devoid of the usual comedy and musical performances but chock full of lengthy oratory from the winners.

"Nomadland," the story of van dwellers in America, won the best picture Oscar and two other Academy Awards on a triumphant night for women that also saw a return to Hollywood glamour after a long pandemic shutdown.

LOS ANGELES (Reuters) -U.S. television ratings for Sunday's reinvented Oscars ceremony plummeted to a new low, according to preliminary Nielsen data for a show that USA Today called "a train wreck" and the New York Times described as "a dead room."

Danish Oscar-winning comedy-drama "Another Round" has found a global audience because it celebrates life at a time when the pandemic has threatened our existence, according to director Thomas Vinterberg.

SHANGHAI (Reuters) -A livestream of the Academy Awards in Shanghai hosted by alumni of Oscar-winner Chloe Zhao's alma mater ran into China's Great Firewall, with the organiser saying access to his virtual private network (VPN) service was blocked for nearly two hours.

Anthony Hopkins paid tribute to the late Chadwick Boseman in a message thanking the Academy of Motion Picture Arts and Sciences for awarding him an Oscar that had been widely expected to go to Boseman.

Best of the Oscars