On March 2, 2016 Aubrey McClendon, former chief executive officer of Chesapeake Energy Corp and a legend in the U.S. energy industry, died in a car crash a day after he was charged with conspiring to rig bids to buy oil and natural gas leases in Oklahoma.

The indictment followed a nearly four-year federal antitrust probe that began after a 2012 Reuters investigation found that Chesapeake had discussed with a rival how to suppress land lease prices in Michigan during a shale-drilling boom.

The following stories are highlights of our coverage of McClendon and Chesapeake. 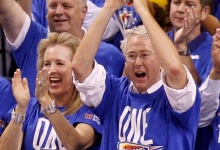 Aubrey McClendon was often compared to the titans of American commerce - an Andrew Mellon or John Rockefeller of his time. But his final years, and hours, were marked by controversy.  Full Article 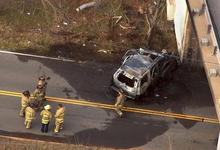 Former Chesapeake Energy Chief Executive Aubrey McClendon, a brash risk-taker who helped transform the U.S. energy industry with shale gas, died when his car slammed into an overpass, one day after being charged with breaking federal antitrust laws, police said. He was 56.  Full Article 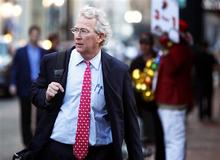 Aubrey K. McClendon is one of the most successful energy entrepreneurs of recent decades. But he hasn't always proved popular with shareholders of the company he co-founded, Chesapeake Energy Corp., the second-largest natural gas producer in the United States.  Full Article 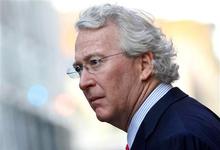 Far from the drilling rigs of Oklahoma, America's second-largest natural gas producer is having to dig ever deeper into the well that really fueled its growth: Wall Street.  Full Article 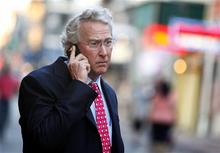 Under the direction of CEO Aubrey McClendon, Chesapeake Energy Corp. plotted with its top competitor to suppress land prices in one of America's most promising oil and gas plays, a Reuters investigation has found.  Full Article 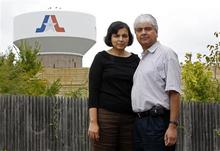 Special Report: The casualties of Chesapeake's "land grab" across America

Ranjana Bhandari and her husband knew the natural gas beneath their ranch-style home in Arlington, Texas, could be worth a lot - especially when they got offer after offer from Chesapeake Energy Corp.  Full Article

The stock price of his energy company is down nearly 30 percent. The board stripped him of his chairmanship amid scandal. Today, his estimated billion-dollar personal fortune has shrunk by more than half.  Full Article

Chesapeake CEO Aubrey McClendon will lose his chairmanship after a series of Reuters’ exclusives unearthed questionable business practices. Here is a timeline. (May 4, 2012)  Video