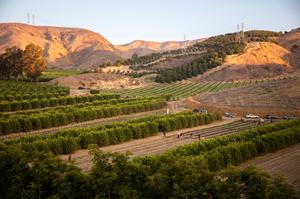 Wake up and smell the coffee ... made in the United States

NEW YORK Farmer David Armstrong recently finished planting what is likely the most challenging crop his family has ever cultivated since his ancestors started farming in 1865 - 20,000 coffee trees.

SAN FRANCISCO (Thomson Reuters Foundation) - After a week in which cities and companies announced plans to speed action on global warming, a San Francisco climate summit ended Friday with host California promising to launch its own satellite to track major emissions sources.

California Governor Jerry Brown on Friday pledged to launch a satellite that will track and detect the sources of climate pollutants, his state's latest effort to challenge the Trump administration's skepticism about the science of climate change.

SAN FRANCISCO (Thomson Reuters Foundation) - More than two dozen of the world's largest cities are no longer increasing their planet-warming greenhouse gas emissions, they announced at a global climate summit in San Francisco.

SAN FRANCISCO (Thomson Reuters Foundation) - Local authorities will carve out a larger role in fighting rising temperatures globally, as national governments have been slow to take action, said organizers of a climate change summit beginning on Wednesday in San Francisco.

World is losing the battle against climate change, Macron says

PARIS French President Emmanuel Macron delivered a bleak assessment on the global fight against climate change to dozens of world leaders and company executives on Tuesday, telling them: "We are losing the battle". | Video

PARIS Norway's Prime Minister Erna Solberg on Tuesday said she had no immediate plans to toughen a rule that means a firm generating about a third or more of its income from coal is excluded from the country's $1 trillion sovereign wealth fund.

World Bank to cease financing upstream oil and gas after 2019

PARIS The World Bank will no longer finance upstream oil and gas projects after 2019, apart from certain gas projects in the poorest countries in exceptional circumstances, it said on Tuesday, drawing praise from environmental groups.

PARIS About 20 companies including Unilever, EDF and Iberdrola joined an international alliance of 26 nations on Tuesday pledging to phase out coal to combat global warming.

PARIS French President Emmanuel Macron on Tuesday told dozens of world leaders and company bosses gathered at a climate summit in Paris that "we are losing the battle" against climate change.

PARIS California and Washington state joined five nations on the Pacific coast of the Americas on Tuesday to agree to step up the use of a price on carbon dioxide emissions as a central economic policy to slow climate change.

Live: Watch key stakeholders react to COP21. The social media sentiment tracker by Zoomph and Reuters analyzes Twitter for positive or negative reaction to the summit.

Social listening and visuals on this site are powered by Zoomph, a real-time Social Media Analytics and Influencer Marketing platform. 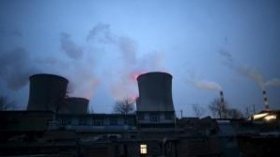 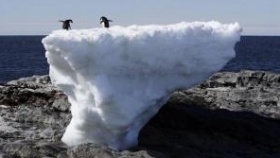 U.N. deal in Paris may be graveyard for climate goal 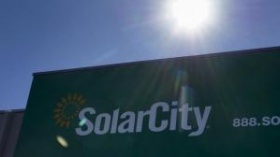 Conservative push for solar is backed by green advocates 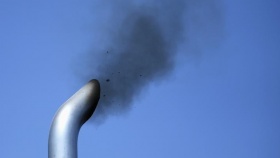 Most Americans see combating climate change as a moral duty

In Kentucky hope for new economy

In central Appalachia citizens groups are joining local politicians and entrepreneurs to map out a future less dependent on coal.  Full Article