For the last decade, the city of Zhengzhou has been getting a taste of the Chinese dream.

Considered the cradle of Chinese civilization, the central province of Henan and its 100 million-strong population typifies China's transformative yet often tumultuous economic ascent.

Long the sort of impoverished backwater that people left in search of better lives, Henan has in recent years enjoyed the fruits of an economic boom that has raised incomes and given people a taste of middle class lifestyles and aspirations.

Reuters reporters travelled to six cities across Henan, from bustling Zhengzhou to the smog-choked industrial hub of Anyang in the north, interviewing dozens of residents from all walks to life to document how the economic slowdown feels in the heart of China.

This series tackles some of the crucial issues facing Henan, and the broader Chinese economy: a property boom that appears to be coming to an end; a slump in consumer spending; an anti-pollution campaign that has had a crippling economic impact on many cities and towns, even as their people are breathing more easily; and the undermining of dreams of upward social mobility. 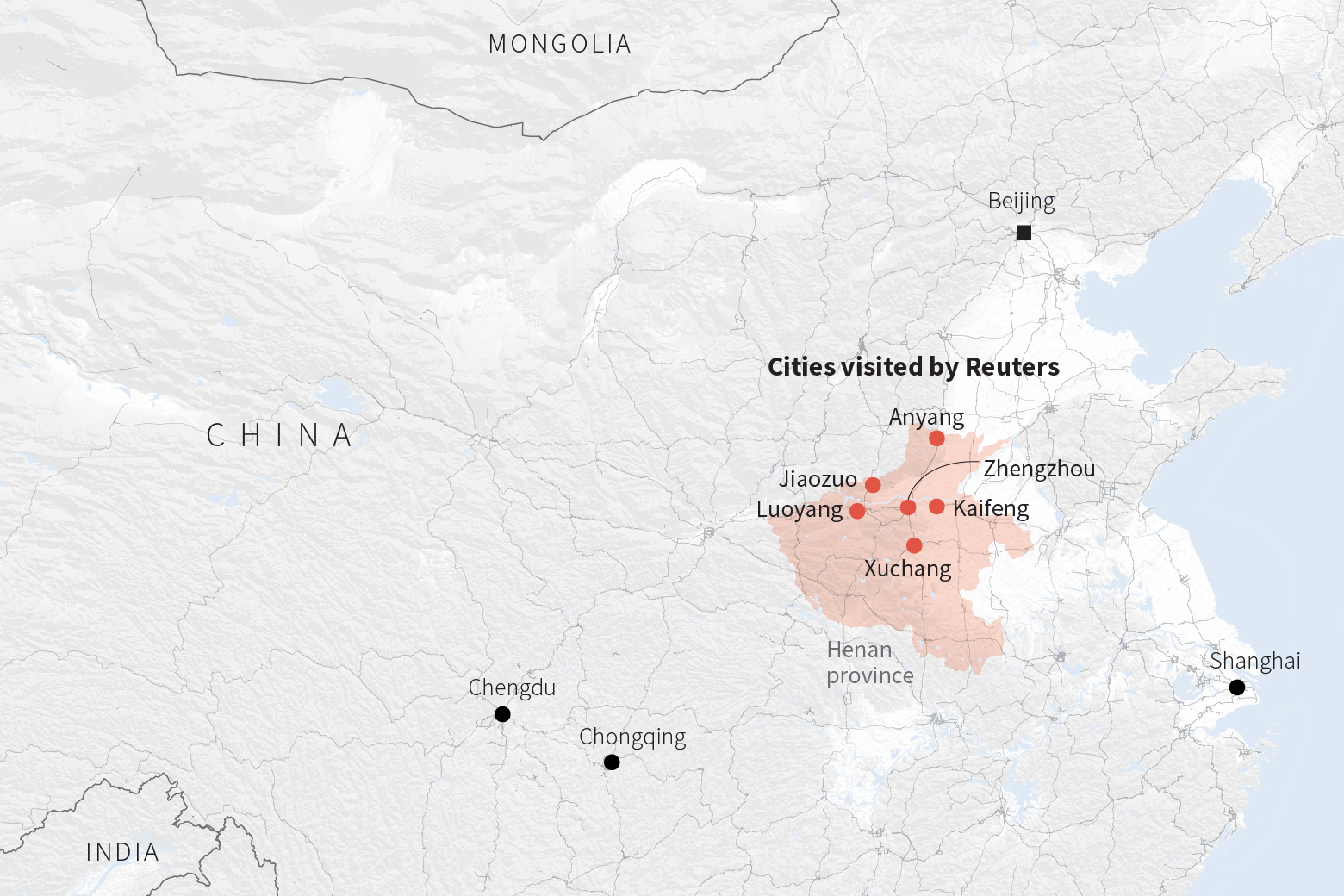 For years, China's industrial heartland has been cloaked in smog, its waterways choked with pollution pumped from enormous clusters of factories churning out the mountains of cement and steel needed to build the Chinese economy.

Song Jingyi, a paralegal from a family of modest means in the central Chinese region of Henan, had long dreamed of buying a home of her own in Zhengzhou, the sprawling provincial capital of 10 million where she attended college.

Dressed in a smart black pantsuit behind the wheel of her pearl-white Audi, Zhao Na has come a long way from her roots in rural Henan province, in central China. China's slowing economy: the view from the Henan heartland

Considered the cradle of Chinese civilization, the central province of Henan and its 100 million-strong population typifies China's transformative yet often tumultuous economic ascent.

China's progress was 'for others, not me'

Like his grandfather and father before him, Sun Lianxi has spent most of his life as a fisherman on the Yellow River. The dramatic change in China seen over the past few decades has not reached his family.

China's heartland 'sacrifice' for the war on pollution

A bubble looms over China's heartland

U.N. Human Rights chief due to arrive in China for historic visit