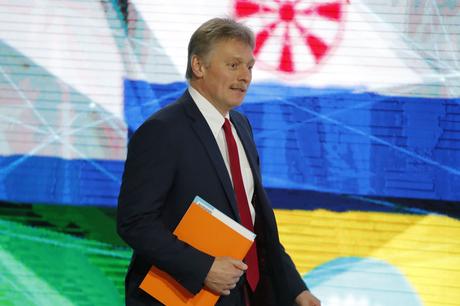 MOSCOW/WASHINGTON Russia and the United States have struck a deal to extend the New START nuclear arms control treaty, the Kremlin said on Tuesday, a move that preserves the last major pact of its kind between the world's two biggest nuclear powers.

Pandemic could be WHO's Chernobyl moment for reform -review panel

GENEVA/LONDON The COVID-19 pandemic could be the catalyst for much-needed reform of the World Health Organization just as the Chernobyl nuclear disaster in 1986 forced urgent changes at the U.N. nuclear agency, an independent review panel said on Tuesday.

BERLIN Negotiations between the European Union and China on an investment agreement have stalled at the last stretch because China is raising additional demands on nuclear energy, German magazine WirtschaftsWoche reported on Wednesday.

NEW YORK Ohio's legislature will likely require the owner of two nuclear power reactors to prove they need financial assistance to remain in service following a bribery scandal related to passage of the state's 2019 nuclear bailout, analysts said on Friday.

MOSCOW Belarusian leader Alexander Lukashenko inaugurated a nuclear power plant on Saturday that some neighbouring countries have opposed because of safety concerns.

SEOUL North Korea's Kim Jong Un awaits the winner of next week's U.S. presidential election armed with greater leverage in high-stakes nuclear diplomacy, thanks to a more powerful and versatile arsenal of weapons than at the start of the Trump presidency.

WARSAW Poland will ask the European Commission to approve state aid for the construction of a nuclear power station, the minister responsible for energy infrastructure said on Thursday.

TOKYO Nearly a decade after the Fukushima nuclear disaster, Japan's government has decided to release over one million tonnes of contaminated water into the sea, media reports said on Friday, with a formal announcement expected to be made later this month. | Video

TOKYO Japanese fish industry representatives on Thursday urged the government not to allow the release at sea of tonnes of contaminated water from the Fukushima nuclear plant, saying it would undo years of work to restore their reputation.