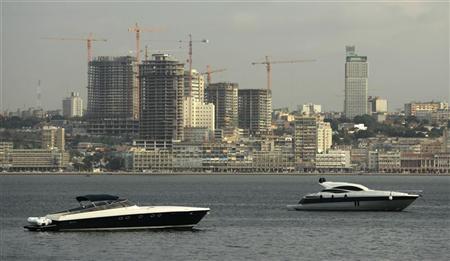 LUANDA Angola's rapid rebuilding after a devastating civil war will attract foreign companies to invest in its ample natural resources and help diversify the economy away from oil, the new head of the country's investment agency said on Thursday.

NAIROBI Nakumatt, Kenya's largest retailer, plans to expand across Africa by focusing on opening stores in more eastern Africa countries over the next two years, its managing director said on Thursday.

JOHANNESBURG Companies betting on Africa's growing affluence are being forced to come up with clever ways of doing business to get around the continent's dilapidated roads, shaky power supply and inept ports.

JOHANNESBURG There is a lot of hype and excitement around Africa as the next hot spot for global investors but what they are quickly learning is that acquisitions do not come cheap.

Africa to be next boomtown for private equity

JOHANNESBURG Africa is the next big thing, just ask Bob Geldof and other private equity bankers.

JOHANNESBURG JPMorgan Chase & Co is pushing transaction banking in Africa and plans to add 50 new staff in Nigeria over the next five years, as it targets growing demand for trade finance from African firms, its head for the region said on Thursday.

JOHANNESBURG Standard Chartered aims to double its African revenues to $2.5 billion in the next five years and is mulling opportunities in fast-growing economies such as Senegal, its head of Europe, the Middle East and Africa said on Wednesday.

LAGOS Nigeria's First Bank has appointed Goldman Sachs and Citi Bank to manage the sale of a $500 million Eurobond planned for later in the year, its chief financial officer told Reuters on Wednesday.

LONDON The Uganda Securities Exchange aims to double its market value in the next five years and is lobbying the government for tax incentives to encourage companies to list, its chief executive said on Wednesday.