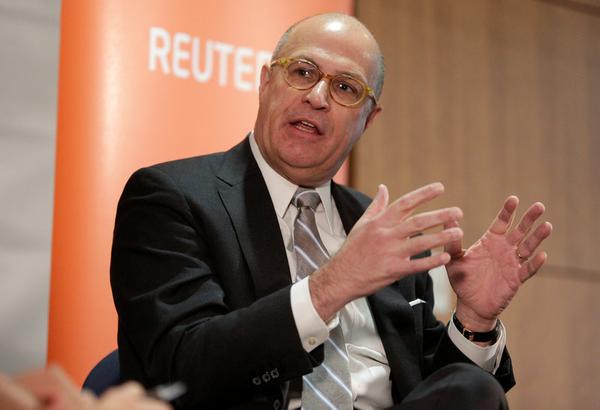 WASHINGTON Political debate over how to reform post-crisis rules has created a “false choice” that is obscuring other big emerging challenges to the financial markets such as digitization and cyber risk, the chair of the top U.S. derivatives regulator warned on Tuesday.

Bank watchdogs in final reform effort as fatigue sets in

LONDON/HONG KONG Reforms aimed at preventing a repeat of the financial crisis a decade ago face a critical test this week when global regulators try to put the finishing touches to one of their main pillars.

LONDON Credit rating agencies, which have their main European offices in London, may have to move significant numbers of staff to other parts of the European Union in time for Brexit, the EU's markets watchdog said on Thursday.

BRUSSELS New European Union trading rules from next January could trigger some glitches, but broader disruption is not anticipated, the bloc's securities watchdog said on Thursday.

MUMBAI The new chief executive of India's National Stock Exchange (NSE) told Reuters he does not expect the bourse's eagerly awaited listing to take place until the second half of 2018.

LONDON "Overbanking" in Europe should first be tackled at the local level, making it easier to reap cost savings and pave the way for cross-border tie-ups, the European Union's banking watchdog said.

EU watchdog alert to any fixing over Brexit insurance permits

LONDON London-based insurers applying for licenses to operate in the European Union after Brexit will be scrutinized for any attempts to game the system, the bloc's insurance watchdog said.

LONDON The European Union's London-based banking watchdog has lost nearly a tenth of its staff in just two months as fewer people apply for jobs and more leave because of Brexit.

LONDON Britain's banks may have to comply with the world's first set of rules for coping with cyber attacks and other outages, Bank of England Deputy Governor Sam Woods said on Tuesday.

Bank of England braced for 130 license applications before Brexit

LONDON The Bank of England expects 130 financial firms from across Europe to apply for licenses to continue operating in Britain after Brexit, its Deputy Governor Sam Woods said.

HONG KONG A bill giving the Financial Reporting Council (FRC) full responsibility for auditors will be put to Hong Kong's Legislative Council (LegCo) before the end of 2017, the regulator's chief executive said on Tuesday.