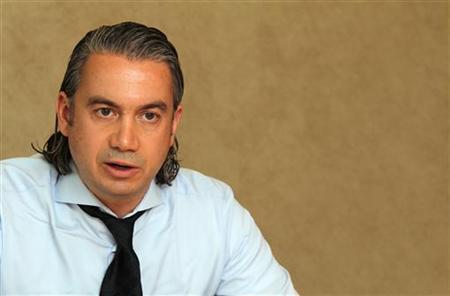 Supply worries to keep oil above $100

LONDON Oil prices will stay above $100 a barrel in the next year as supply worries outweigh concerns about flagging global economic growth, a Reuters survey of oil industry officials, executives and traders showed.

HOUSTON Not too long ago chemical industry insiders would joke about when the next U.S. chemical plant would be built. The answer, the punch line always went, was never.

LONDON A widening shale gas revolution is killing the economics of renewable energy, even as falling costs allow wind and solar to overtake fossil fuels in niche areas, say energy executives and analysts.

LONDON Investors analyzing the oil market rely on two benchmarks that many see as flawed, but would-be replacements show no sign of displacing them soon.

LONDON Oil around the current level of close to $120 a barrel risks tipping the world economy into a double dip recession, the International Energy Agency's chief economist said on Wednesday.

LONDON Mercuria, one of the world's biggest independent energy trading companies, said on Thursday it was considering a range of ways of raising capital, including a possible tie-up with a sovereign wealth fund.

BRUSSELS The European Union can deepen planned cuts to greenhouse gases beyond its 20 percent goal, but the task is complex and has not been helped by controversy over nuclear power, the EU's climate chief said on Wednesday.

HOUSTON Celanese Corp is spending more than $700 million to turn coal and natural gas into ethanol, but so far the chemical maker cannot sell any of the fuel in the United States.

HOUSTON Shell Oil Co President Marvin Odum runs some of the largest oil and natural gas operations in the Americas, but at least once a day he checks on one in particular that brings a certain gleam to his eye.

LONDON A tougher European Union climate target may no longer be realistic after Germany announced plans to phase out low-carbon nuclear power, a group board member at Germany utility E.ON told Reuters on Wednesday.