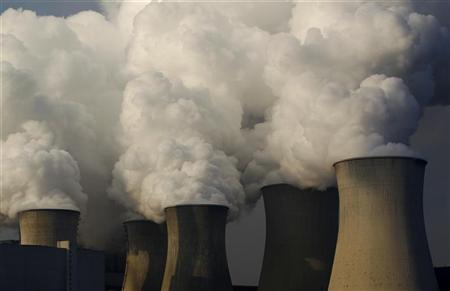 HOUSTON Chevron Phillips Chemical Co, one of the top five U.S. chemical companies by volume, believes the oversupply of natural gas liquids (NGLs)that feed its U.S. plants is unlikely to be eliminated for another four or five years.

TOKYO State-run Japan Oil, Gas and Metals National Corp (JOGMEC) will boost investment in overseas oil and gas projects this year, disbursing an amount almost equal to the upstream investments made since it was established as it races to secure supplies.

LONDON Dutch bank ABN AMRO is preparing to launch a $300 million global fund to back mining exploration and give its clients exposure to the sector, followed by a launch of an infrastructure fund to capitalize on logistical shortfalls in energy transportation.

LONDON The chance of limiting the rise in global temperatures to 2 degrees Celsius this century is getting slimmer and slimmer, the head of the International Energy Agency warned on Wednesday.

LONDON The shale energy boom in North America will lead to an industrial revival in the region while Europe could benefit from a conventional gas glut that will help decouple it from surging global oil prices, according to industry leaders and analysts.

Climate deal milestones should be set this year: U.N.

LONDON Countries which agreed to sign a deal in 2015 to cut greenhouse gas emissions should set milestones this year to ensure the necessary work is done on time, the United Nations' climate chief said on Wednesday.

BRUSSELS The European Commission is in close contact with the United States and the International Energy Agency (IEA) but sees no immediate need for any release of oil stocks, the EU's energy chief said on Wednesday.