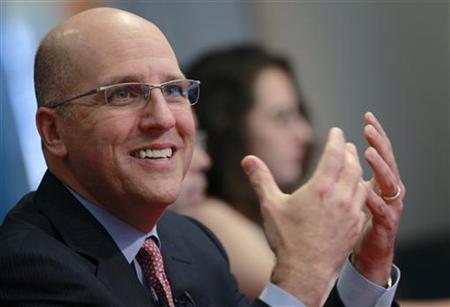 NEW YORK With investors increasingly skittish about emerging markets and U.S. bond yields expected to rise, investment funds could start to flow back to the United States -- a reversal that could boost the U.S. dollar and asset prices.

NEW YORK U.S. equity strategists at the Reuters 2011 Investment Outlook Summit in New York sounded a cautious note for corporate earnings this year and next, suggesting optimism about robust profits may be waning.

Sunset for Fed's QE2 expected by most

NEW YORK It is unlikely the Federal Reserve will need to craft another round of extraordinary support for the U.S. economy despite a string of recent weak data, participants at the Reuters 2011 Investment Summit said this week.

LONDON Cash-rich firms keen to expand are choosing the stagnant developed economy for cheap and high quality M&A targets over the fast-growing emerging world, a factor that could help Western equities outperform.

Chill out on QE3, but beware debt default: Sonders

NEW YORK The economy does not need a third round of stimulus but could convulse if lawmakers fail to raise the nation's debt ceiling, the chief investment strategist at the largest U.S. discount brokerage operator said on Wednesday.

NEW YORK China is a wild card for global commodity prices, but with a slowing economy it's a more likely trigger to a downdraft than the U.S. dollar, a senior analyst at brokerage MF Global said on Wednesday.

NEW YORK The looming end of quantitative easing, an expected harrowing debate about the U.S. debt ceiling and ongoing risk from Europe's peripherals nations have combined to make the first half of 2011 a great time to sell debt.

LONDON Uncertainty over the Chinese economy is clouding the outlook for emerging equities, a senior Deutsche Bank strategist said on Wednesday, recommending a 10-20 percent underweight on the sector over the next six months.