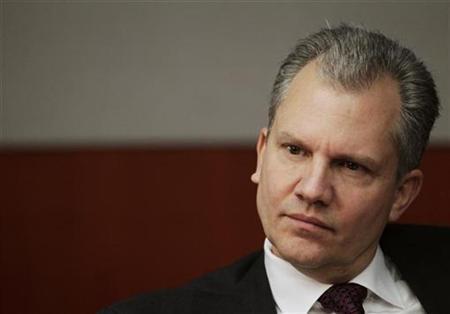 Top papers to charge online, but how?

NEW YORK/LONDON Three of the world's most influential newspapers have finally come to terms with the notion that charging readers online is the only way to survive.

SAN FRANCISCO Video game publishers say they have positioned themselves to capitalize on the future of digital entertainment. Investors will need more convincing.

PARIS Investors in European media groups have reason to hope for fatter dividend payouts as companies with stronger-than-expected earnings seek to reward them for bearing with slow topline growth.

NEW YORK Fall back on your sofa in five years, snap your fingers to turn on a TV that's thin as paper and stretches across a wall, then ask it to switch to your favorite sports channel so you can watch the day's baseball game in 3-D -- no glasses required.

The Curling Network? Don't count on it

NEW YORK After a stretch that has seen the creation of TV networks dedicated to the NFL, Major League Baseball, NBA and NHL, it is easy to wonder what's next.

NEW YORK Viacom Chief Executive Philippe Dauman is bullish on advertising revenue growth for this quarter and next year as high ratings from shows like "Jersey Shore" help bring in new advertisers.

PARIS Publicis , the world's third-largest advertising group, wants to double its sales in China and expects to approve an investment plan for the country in the next two to three weeks, its chief executive said.

PARIS (Reuters) -Outdoor ad specialist JCDecaux will outperform the advertising market next year and is "likely to consider" paying a dividend for the first time in three years given its strong cash generation, its co-chief executive said.

NEW YORK Motorola Mobility, a unit of Motorola Inc has agreed to buy privately held 4Home, a provider of technology that lets consumers control home gadgets such as thermostats or security cameras remotely from their cellphones, the company said on Wednesday.

NEW YORK Motorola Mobility plans next year to sell a product that lets consumers stream video to mobile devices such as tablet computers and cellphones in their home, a top executive for the company said on Wednesday.