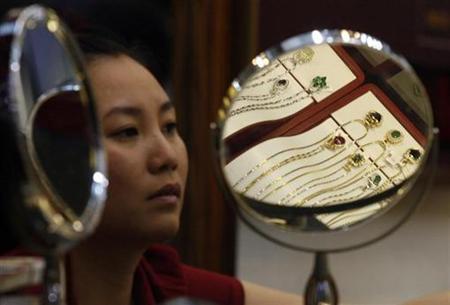 NEW YORK The higher price of bullion combined with a global recession has hit gold jewelry buying, but jewelry should start moving off the shelves again once consumers get used to paying more.

China seen as key to base metal demand outlook

NEW YORK As gold prices have surged near $1,000 an ounce, miners' appetites for geopolitical risk have grown as well.

TORONTO Mining costs, which were the industry's biggest headache up until a year ago, are now a bright spot for a sector more concerned with volatile demand and tight financing markets, top executives told the Reuters Global Mining and Steel Summit this week.

NEW YORK Reliance Steel & Aluminum Co , North America's largest metal service center, sees demand for steel and aluminum products remaining weak at least through the first half of 2009, with customers holding off their buying until they believe prices have hit bottom.

Some miners nervous downturn may worsen

LONDON Many miners are gearing up for a long, difficult downturn and some are worried that conditions could worsen before they improve.

NEW YORK Reliance Steel & Aluminum Co needs to reduce its inventories further since prices have not yet bottomed out, its chief executive said on Thursday.

NEW YORK Newmont Mining Corp's new Boddington mine in Australia should produce 300,000 to 500,000 ounces of gold this year and account for almost 20 percent of the company's total production by some time next year, its chief executive said on Wednesday.

TORONTO A uranium supply crunch could be around the corner due to industry-wide cuts to development projects, rising demand, and uncertainty about Russia's plans for its decommissioned nuclear arsenal, the CEO of top uranium producer Cameco Corp said on Wednesday.

Yamana in no hurry to acquire new assets

NEW YORK Canadian miner Yamana Gold is in no hurry to make any acquisitions, although valuations in the sector have fallen from year-ago levels, Chief Executive Peter Marrone said on Wednesday.

TORONTO Affordable acquisition targets on the gold patch are plentiful these days, top miners told the Reuters Global Mining and Steel Summit on Wednesday, although not all are in a hurry to take advantage of the potential for instant growth.