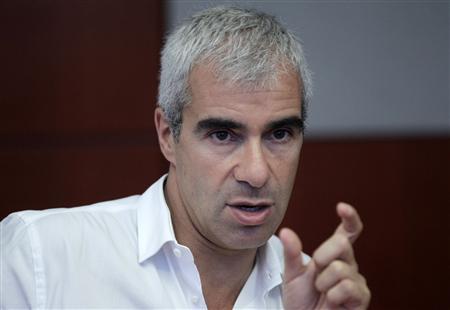 BANGALORE/NEW YORK, June 30 (Reuters )- Martin Franklin, the London-born leader of Jarden Corp , is the kind of chap who will give you the shoes off of his feet. Literally.

Chains ramp up stores even as e-commerce soars

Even CEOs played with toys when they were kids

NEW YORK Toy industry executives always fight to come up with the next great high-tech gadget or complex video game. But as children, many enjoyed the simplicity of colored blocks or miniature cars.

NEW YORK A good buy in retail mergers has become harder to come by.

NEW YORK Toy companies are sticking with China as their factory of choice, saying its workmanship and infrastructure are enough to offset rising costs that are forcing some Western fashion brands to seek cheaper locations.

LONDON Retailers have always been cyclical, hostage to swings in consumer spending. Now, many feel compelled to seek new growth avenues outside their sluggish main markets, taking a step into the unknown.

NEW YORK High gasoline and food prices and a slow recovery in jobs will continue to weigh on consumers this year, except for those that buy $98 yoga pants and $400 baseball bats, retailers and manufacturers said this week.

NEW YORK Hasbro Inc , the maker of Nerf foam toys and the Monopoly board games, expects international sales to race past those in the United States in coming years, boosted by emerging markets growth.

LONDON The head of British car parts to bicycles retailer Halfords said that with the consumer environment unlikely to improve any time soon cash-strapped shoppers had adapted to a new reality.