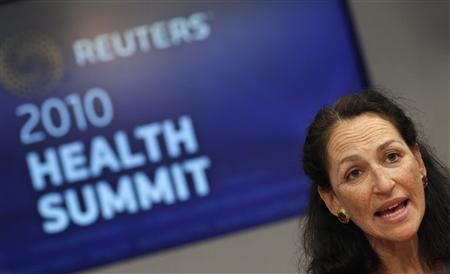 NEW YORK Regulators appear to be increasing their scrutiny of product risks after cases like the bitter debate over the diabetes pill Avandia, industry executives and experts said this week.

NEW YORK The stage is set for more dealmaking in the medical device sector, with companies eager to find faster growth amid a stubbornly weak economy and potential targets still attractively valued.

Health overhaul should press ahead: industry

NEW YORK Repeal reform? No thanks, say health insurers, drugmakers and others looking for a clearer picture of the U.S. healthcare market after the bruising passage of the controversial overhaul law.

NEW YORK Big Pharma's drive into emerging markets could make drugmakers look a lot more like consumer goods companies in future. That may be no bad thing.

NEW YORK Americans are slowly making their way back to the doctor's office after many months of skimping on medical care, holding off on everything from routine visits to hip replacements.

NEW YORK Aetna Inc President Mark Bertolini, who becomes CEO later this month, has half the kidneys and twice the energy of an ordinary human being and is set to take on the Herculean task of trying to change the health insurance industry's villainous image. | Video

Health Summit quotes of the day

Following is a selection of quotes from the Reuters Health Summit: | Video

NEW YORK Sanofi-Aventis' $18.5 billion pursuit of Genzyme Corp may be a foregone conclusion for many healthcare industry executives and bankers, but few rivals likely will copy the hostile bid.