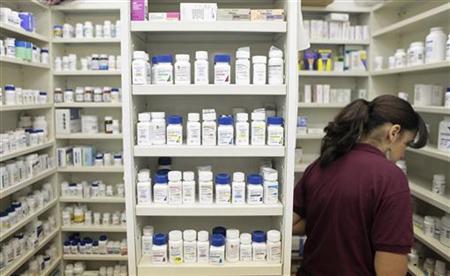 NEW YORK When drug sales reps come knocking in the future, they are increasingly likely to lavish their attentions on neurologists or cancer specialists than that old standby -- the local family doctor.

NEW YORK A new generation of healthcare industry chiefs, faced with 21st century headaches, can't afford to get too comfortable.

NEW YORK Drug companies are dosing up on price increases to prop up stagnant sales, but will soon need to break that addiction as more medicines face generic competition.

NEW YORK Americans are starting to see the doctor again, but more often for cosmetic procedures, such as Botox treatments, rather than cancer screening and other potentially life-saving preventive care.

NEW YORK Novartis AG said it considers Regeneron Pharmaceuticals Inc's experimental eye drug a serious potential rival to its blockbuster Lucentis treatment and is gearing up for a marketing fight.

NEW YORK/WASHINGTON Most states likely will run their own medical insurance marketplaces or partner with neighbors to help expand coverage under the federal health overhaul, U.S. Health Secretary Kathleen Sebelius said on Wednesday.

NEW YORK Top executives and officials from the healthcare industry joined Reuters reporters at the Health Summit in New York this week. Here is a list of top quotes:

NEW YORK/ZURICH Demand for Novartis AG consumer health products has been bolstered by repeated recalls of Johnson & Johnson brands and the Swiss drugmaker expects to retain a chunk of the business when J&J brings its products back to market.

Drugmakers gear up to copy biotech drugs in U.S.

NEW YORK Plenty of industry players want a piece of the U.S. market for generic versions of complex biotech drugs, but winners are likely to need the marketing muscle of a big pharmaceutical company.

NEW YORK It's a lousy time to work in a drug lab, but the pink slips handed out to tens of thousands of pharmaceutical industry employees may have a silver lining for investors.

NEW YORK Becton Dickinson & Co is developing needle technology to monitor blood sugar and deliver insulin that could bring the concept of an artificial pancreas for diabetics a step closer to reality, its chief executive said.