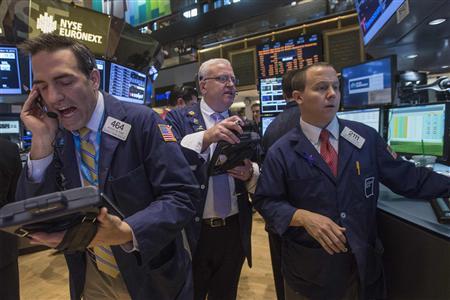 Investors wary of U.S. stock surge, even as money piles in

NEW YORK Many prominent managers at the Reuters 2014 Global Investment Outlook Summit believe the record-setting run-up in U.S. stocks is due for a reckoning but acknowledge that ample liquidity could push equities higher regardless of fears.

NEW YORK Bond investors have had little reason to cheer in 2013. Conflicting signals from the Federal Reserve and uncertainty about the global economy have made debt markets a tough place to rack up returns.

Funds lukewarm on commodities for 2014

LONDON Leading fund managers have little interest in most commodities next year due to worries about demand in top buyer China and slow global growth, but some are targeting platinum group metals due to supply concerns.

NEW YORK Steven Einhorn, vice chairman of hedge fund Omega Advisors Inc, said he is bullish on stocks in 2014 and that we are in the midst of a global expansion, while Jeff Kronthal of KLS Diversified said he liked commercial mortgage-backed securities. | Video

NEW YORK A top executive at Leon Cooperman's hedge fund Omega Advisors Inc said that U.S. equities are nowhere near a bubble, and that stock markets in developed countries around the world should power higher in 2014.

LONDON Baring Asset Management has switched to neutral from overweight on European and U.S. equities but remains bullish in the longer term, and would see a 5-10 percent pullback as a buying opportunity, its chief investment officer said.

NEW YORK Deepak Narula, one of the hedge fund industry's best known mortgage bond traders, said he sees a much tougher year ahead for investors but sees opportunities in certain mortgage trades.

NEW YORK Activist investors, pushing for corporate change, have more influence because index funds and exchange traded funds are passive investors which own millions of shares of U.S. companies but rarely say much about how they should be run.

Global investors say it's too soon to buy emerging markets