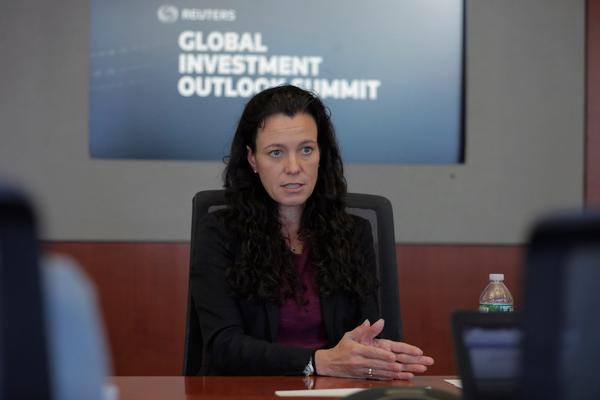 Investors seeking steady income flows may have ignored the technology sector and the unexpected impact technology is having on companies in other industries, Kera Van Valen, a portfolio manager at Epoch Investment Partners, said on Friday.

'The fear is gone': boom-time complacency tops the worry list for investors

NEW YORK The biggest risk for investors since the end of the 2008 financial crisis has been, well, ducking risk. Not anymore, say analysts who think the easy money has been made.

Big-name investors focusing on disruption in food, utilities in '18

NEW YORK Retail, utilities, restaurants and financial services should all brace for more disruption in the year ahead, according to big-name investors who took part in the Reuters Global Investment 2018 Outlook Summit in New York this week.

Bubbly bitcoin not worth the wager: investors

LONDON Bitcoin may have surged a staggering 700 percent since the start of the year but most investors at a Reuters Summit this week said they had not been tempted to play the volatile cryptocurrency.

U.S. tax plan could cause sugar high, then economic slump

NEW YORK Slashing taxes may give the U.S. economy a temporary boost but the "sugar rush" may cause deeper problems ahead, investors at the Reuters Global Investment 2018 Outlook Summit in New York said.

NEW YORK With U.S. stock prices near record highs and major economies worldwide on an upswing, top investment professionals are seeking out less familiar and less popular ways to invest.

LONDON The best economic growth in a decade and a tightening of the Franco-German axis at the heart of the 19-member euro zone has de-sensitized markets to European political risks and will keep money flowing into the bloc in 2018, top investors said this week.

SINGAPORE China is off limits for some of the world's big investment managers because of its corporate governance and policy issues while for others, the technological advances in the world's second biggest economy offer unbeatable opportunities. | Video

NEW YORK - Cartica Management LLC is looking for investment opportunities among Brazilian companies, aiming to profit from the volatility in the run-up to the 2018 presidential election, founder and Chief Executive Teresa Barger said on Thursday.

SYDNEY The chief investment officer of BlackRock Inc's Australian arm said on Friday that investors should not expect double-digit gains from the country's stock market in the near-term.