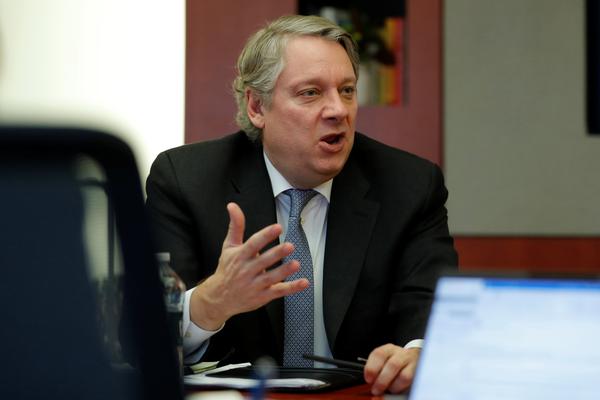 NEW YORK Social unrest worldwide is alarming some global investors, who say protests from Hong Kong and Lebanon to Chile are forcing them to be more cautious even though the impact on financial markets has been spotty so far.

NEW YORK The outlook for the U.S. economy has brightened in recent weeks thanks to signs of progress on U.S.-China trade deal, giving big asset managers at this week's Reuters Global Investment Outlook 2020 Summit a fresh sense of confidence that recession will not come knocking for a year or longer.

LONDON - Never mind Britain's general election and January 2020 Brexit deadline -- there is a fog over UK assets that won't lift any time soon, some of the world's biggest money managers said.

NEW YORK Chinese internet stocks, housing-related debt, and leasing older planes while the Boeing 737 MAX remains grounded are among the top bets for the coming year by speakers at the Reuters Global Investment Outlook 2020 Summit in New York this week.

SHANGHAI/HONG KONG Trade wars and softer growth are unlikely to dissuade global investors from diving into the world's second-largest economy as they seek better returns, participants in the Reuters Global Investment Outlook 2020 Summit said this week.

Is the end of negative bond yield phenomenon nigh?

LONDON The pool of negative-yielding euro zone bonds is draining at last as extreme economic pessimism gripping markets abates, but sub-zero borrowing costs are expected to remain a persistent feature of the year ahead.

NEW YORK Don't expect negative interest rates to be the next U.S. import from Europe or Japan, as those two economies are providing a real-time cautionary tale of the pitfalls of central bank stimulus efforts gone awry.

TOKYO Fidelity International sees further gains in Japanese stocks next year and has started to invest in some value shares selectively, such as some automakers, the asset manager's Tokyo-based investment chief Takashi Maruyama told Reuters.

NEW YORK BlackRock Inc's top bond investor has boosted risk exposure in recent weeks, on a view that the market is too bearish about chances of a U.S. recession, the Federal Reserve's ability to support the economy and the resiliency of the U.S. consumer.