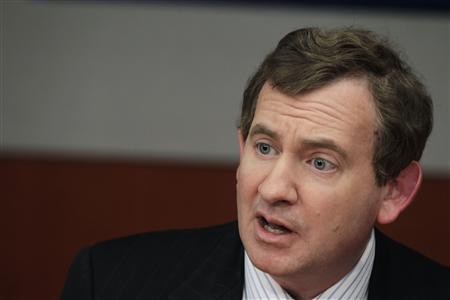 Bracing for the return of inflation

NEW YORK Rising inflation could become a big theme for 2011 as a double dose of fiscal and monetary stimulus hits the U.S. economy just as conditions may be starting to improve on their own accord. | Video

Some memorable quotes from 2011 summit

Gathered in London and New York for the Reuters 2011 Investment Outlook Summit, some of the world's top money managers and investment commentators shared their investment strategies and thoughts on the market-driving issues of the day.

NEW YORK The Treasury market has been distorted by the Federal Reserve's policies, causing yields to be "too low for too long," and the market faces volatility next year, a top fixed-income strategist with TCW said on Wednesday. | Video

NEW YORK The tax-cut deal in Washington, which led investors to dump U.S. Treasury securities in the last two days, is likely to accelerate an asset-allocation shift into stocks from government bonds into 2011, top investment managers said.

NEW YORK Legg Mason Inc's Bill Miller, the star stock picker who was hammered by the recession, is bullish once again on stocks because of President Barack Obama's tax cut plan and the stimulus it will provide to the U.S. economy. | Video

Analysis: Cheap Russia pick of the BRICs for 2011

LONDON Russian stocks, unloved for many months, have shot to the top of the 2010 performance tables and look set to rise further as funds like Goldman and HSBC tip Moscow as their favored emerging market play for 2011.

NEW YORK Brazil might be an exception to the rule of thumb that says avoid the asset everyone's piling into, according to the chief executive of Equity International, the international arm of real estate mogul Sam Zell.