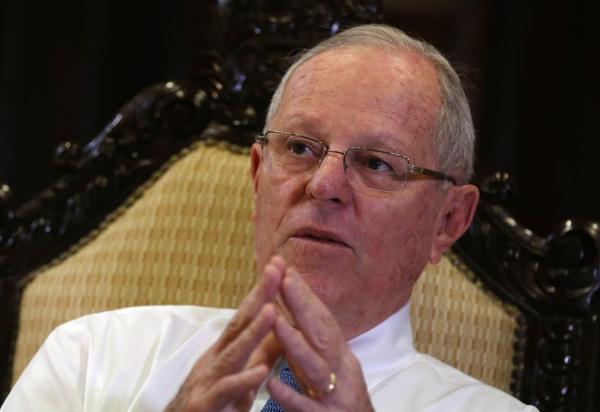 LIMA President Pedro Pablo Kuczynski told Reuters Friday that he was more focused on improving government administration by cutting red tape than on proposing new economic reforms as growth slows to a likely 2.5 percent or "maybe a little bit more" this year.

SANTIAGO Chile needs to recover business confidence and tackle its fiscal deficit in order to get investment going again, said Sebastian Pinera, the front-runner in this year's presidential election.

MEXICO CITY Three out of Pemex's six refineries will undergo maintenance work in the coming months, Carlos Murrieta, the director of the Mexican oil giant's refining unit said on Friday.

RIO DE JANEIRO Brazil-based Repsol Sinopec expects oil and gas output to remain steady at an average of 90,000 to 100,000 barrels of oil equivalent per day through 2020, the firm's chief executive told Reuters as part of the Reuters Latin American Investment Summit.

LIMA Peruvian President Pedro Pablo Kuczynski on Friday urged Venezuela's president Nicolas Maduro to step down, calling him a "dictator", and rejected the socialist leader's call for the two to meet face-to-face along with other presidents in the region.

BOGOTA Colombia's central bank may have scope for further cuts in the key interest rate after a surprise slowdown in inflation that will lead it to close the year within target amid expectations of weak economic growth, a central bank policymaker said.

Peru to award $6.15 billion in post-flood rebuilding contracts through 2021

SANTIAGO Latin America is falling behind other parts of the world in developing new technology, with a lack of urgency from its governments holding it back, the head of the region's economic arm for the United Nations said.

Mexico's Grupo Financiero Banorte hopes the terms of the North American Free Trade Agreement (NAFTA) will be rewritten to benefit the country and its banking sector, its president Carlos Hank Gonzalez said on Thursday.

CARACAS Venezuela's asphyxiating economy will contract between 7 and 10 percent this year, the head of the country's main business chamber Fedecamaras said on Wednesday at the Reuters Latin America Investment Summit in Caracas. | Video