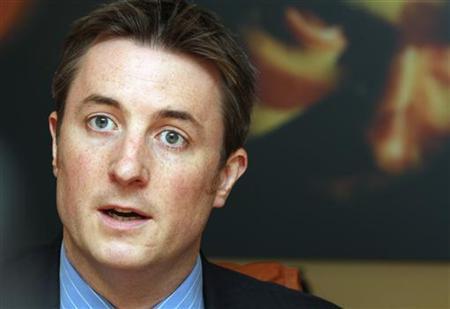 LONDON Listed infrastructure funds in Britain expect to benefit from yield-hungry retail investors who take their money out of savings accounts to escape low deposit rates and invest in assets such as schools and hospitals.

LONDON Investor rivalry for blue chip London commercial property has forced prices up and yields down, compelling many to mull a so-called emerging "upper secondary" class to pick up choicely priced assets and appealing returns.

Bricks and mortar may not stop inflation cracks

LONDON The level of protection property and infrastructure assets offer against rising global inflation could be quickly undermined as higher interest rates and flat capital values erode the returns of debt-laden portfolios.

LONDON British support services and building firm Interserve's Chief Executive Adrian Ringrose cautioned that its growth in the Middle East will not rebound to 2009 levels in the short term, playing down investor expectations.

LONDON Globally focused U.S. property funds are gaining favor with yield-hungry investors who are pouring capital into the vehicles to profit from their exposure to the fast-growing economies of Asia, research showed.

SHENZHEN/BEIJING Taoyuan Village, the first affordable-housing project in the southern boomtown of Shenzhen, should be a shining example of Beijing's ambitious $600 billion plan to offer high-quality housing for the millions of Chinese priced out by the urban property boom.

Abu Dhabi's Sorouh to focus on deliveries in 2011

DUBAI Abu Dhabi's Sorouh Real Estate will continue to focus on the delivery of existing projects in its home market in 2011 and has no plans to expand abroad just yet, its chief operating officer said.

India's Reliance Infra in talks for stake sale in units

MUMBAI Indian utility Reliance Infrastructure , controlled by billionaire Anil Ambani, is in talks with investors and funds to sell stake in its roads, metro lines, and transmission businesses, its chief executive said on Wednesday.

MADRID Spain's FCC will focus on overseas growth and financial partners for new projects, to reduce its own investment commitment and the debt pile it accumulated during the global financial crisis.