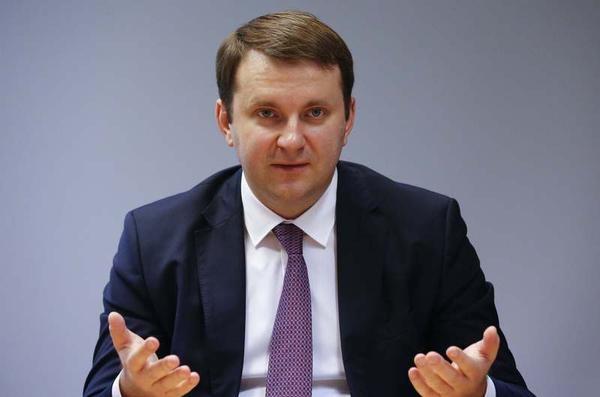 MOSCOW A dearth of young people joining Russia's workforce because of a low birth rate will shave several percent off potential economic growth in the next five to six years, Economy Minister Maxim Oreshkin said.

MOSCOW Russian bank bailouts will have no knock-on effects on the budget or inflation, Deputy Finance Minister Vladimir Kolychev said in an interview in which he countered investor concerns about the health of the sector.

MOSCOW Russia's car market could grow by up to 12 percent this year, recovering faster than previously expected thanks to the improving economy, the head of Kia Motors' Russian business told Reuters on Friday.

Russian reinsurer eyes shift from sanctions business to Asia and beyond

MOSCOW Russian National Reinsurance Company (RNRC) aims to expand into China, India, the Middle East and Africa to increase income from premiums and diversify beyond Russia, the chief executive said.

MOSCOW Italy's Enel , which has mandated Sberbank to find buyers for its Reftinskaya coal power plant in Russia, has received interest from potential buyers including from outside of Russia, Enel Russia's CEO said on Thursday.

Spartak Moscow owner says would not sell the club

MOSCOW Spartak Moscow owner Leonid Fedun said on Wednesday he was finding it increasingly difficult to manage the club but insisted he would not sell it.

Rusal in no rush to decide on possible London listing

MOSCOW Russian aluminum producer Rusal is in no rush to make a decision on whether to list in London and its decision could depend on Brexit talks, Deputy Chief Executive Oleg Mukhamedshin said.

MOSCOW Severstal , one of Russia's largest steelmakers, told Reuters it expects to exceed its 2017 earnings target as it benefits from rising prices for its products.

MOSCOW Russia's second-largest oil producer Lukoil expects its output to rise over the next 8-10 years as it brings new fields onstream, vice president and co-owner Leonid Fedun said on Wednesday.

Russia to supply 600,000 tonnes of wheat to Venezuela: minister