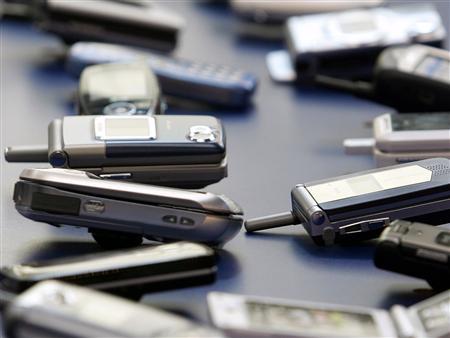 PARIS The more than $500 million mobile advertising market looks set to multiply in just a few years, helped by new technologies and the spread of more advanced phones.

NEW YORK/PARIS/SEOUL The Internet, emerging markets and biotechnology are among the sectors that leading U.S. technology and media executives tipped as hot areas of investments. | Video

NEW YORK Programmers and engineers again have the advantage when it comes to global hiring, as the transition to digital makes everyone from cellular providers to movie studios expand their technology operations.

NEW YORK Microsoft Corp. and Cisco Systems Inc. agree that work communications -- whether it's e-mail, messaging or phone calls -- will eventually come together and be delivered over Web networks.

PARIS Electronic Arts, the video games giant that created the "Need for Speed" series is finding the race for entertainment will determine how the battle for gamers on consoles, computers and cell phones is won and lost.

NEW YORK Do we make them pay or do we give it away? That question has bedeviled media executives ever since they discovered they need an online business plan.

PARIS Spain's Telefonica insisted on Thursday a deal with Telecom Italia gave it the muscle to influence strategy in Europe and Latin America, despite having no executive power on the Italian group's board.

PARIS Israeli chip maker Tower Semiconductor Ltd. would prefer to raise debt, not equity, to fund a planned expansion at its Fab 2 plant, the company's chief executive said on Thursday.

PARIS Altimo, the telecoms investment vehicle of Russian oil-to-banking billionaire Mikhail Fridman, said on Thursday it had raised a $750 million loan with Credit Suisse as part of a refinancing deal.

PARIS Holding on to skilled staff in China is getting as hard as protecting intellectual property for Western technology and media firms, executives told an industry summit this week.