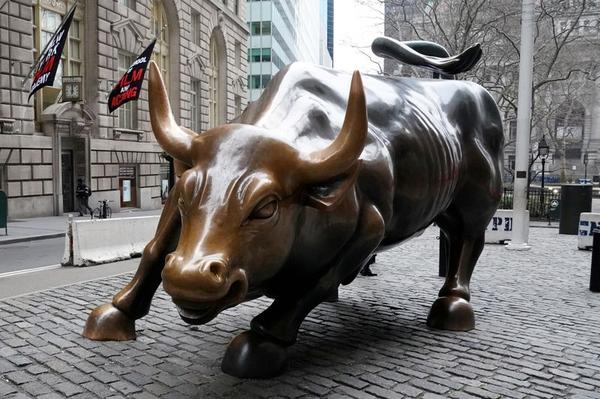 NEW YORK/LONDON Investors are buying assets to protect their portfolios from a potential rise in inflation, even though many are not forecasting a dramatic surge in consumer prices.

LONDON A Joe Biden presidency may not mean an instant thaw in U.S.-China relations, but a more predictable policy approach than under the Trump administration should be better for investment, investors told a Reuters summit.

NEW YORK Billionaire investor Marc Lasry, who in 2013 had been considered for the position of U.S. ambassador to France, on Friday said he is more likely to play a role on the economic side in the Biden administration, rather than serve as a diplomat.

Back to normal? Investors bet post-COVID world may not look so different

LONDON/NEW YORK (Reuters) -The global economy is suffering its worst slowdown since the Great Depression, millions have lost jobs and industries have been brought to their knees.

NEW YORK The alphabet soup in the finance industry, which already lives off EBITDA and AUM, may get a new addition in the form of WFH4EVA as work-from-home becomes the new post-pandemic normal.

No let-up for central banks as recovery nears: BoE's Tenreyro

LONDON Central banks must keep up the huge support they have pumped into their economies now that COVID-19 vaccines show that the devastating shock of the pandemic can be bridged, Bank of England interest-rate setter Silvana Tenreyro said.

Investors upbeat as Europe gets its 'act together'

LONDON The path to closer euro zone integration is bumpy, but the speed at which the bloc ditched austerity, ramped up spending and sanctioned joint bonds in the face of COVID-19 bodes well for investment, top money managers told a Reuters summit this week.

Volatile bitcoin not yet a store of value: Fidelity digital assets boss

Bitcoin is still too volatile to act as a true store of value, though investors hope it will assume that role, the head of the digital assets arm of Fidelity Investments said on Thursday.

LONDON The boom in the shares of U.S. technology giants is a bubble that will burst once interest rates increase or "over exuberance" in the tech story fades, Pascal Blanque, chief investment officer at asset manager Amundi said on Thursday.