June 17 (Reuters) - China announced plans on Wednesday to release copper, aluminium and zinc from its national reserves to boost market supply and guide commodity prices to a return to normal ranges. read more

Here is what we know about the sale.

WHAT IS CHINA'S STATE RESERVES BUREAU?

The official name of the agency is the National Food and Strategic Reserves Administration, a unit of China's state planner - the National Development and Reform Commission.

The administration is the successor to the State Reserves Bureau (SRB), which was charged with stockpiling critical materials for China and ensuring its industries and population avoided major supply interruptions.\ 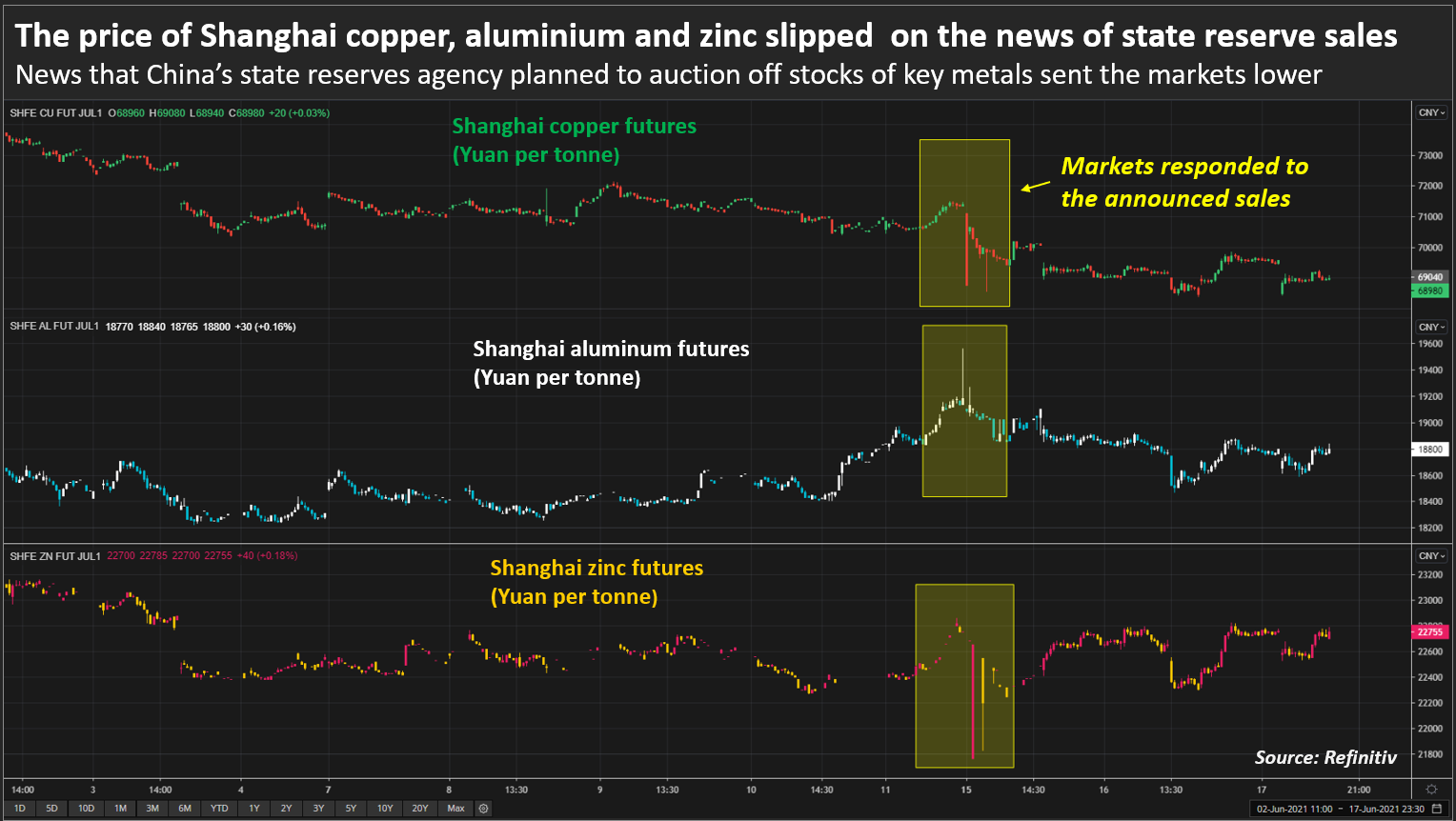 Secretive by nature, it rarely publicises full details of the metals, energy and food products it purchases or sells, but a mere whisper that the agency is about to act is enough to move markets, as seen this week when global copper, zinc and aluminium prices slipped on the news of the planned stock sales.

WHY IS IT IMPORTANT?

China is the world's top metals consumer and a major release of reserves could significantly change global supply and demand balances. The administration, which does not publish its reserve volumes, is estimated by Citigroup to hold 2 million tonnes of copper, 800,000 tonnes of aluminium, and 350,000 tonnes of zinc.

That is equivalent to one-sixth - or two months' worth - of China's annual refined copper consumption, based on estimates for 2020 from state-backed research house Antaike, but only around 2% of its aluminium usage and 5.2% of its annual zinc consumption.

WHY IS CHINA SELLING NOW?

Commodity prices have spiked since last year, with copper more than doubling to a record and aluminium and zinc pushing to decade highs. Iron ore and rebar steel also hit record highs, resulting in surging costs for China's metals-intensive industries and manufacturers.

The rally has been fuelled by a post-pandemic economic recovery, ample global liquidity and speculative buying that has pushed up costs and cut margins for many manufacturers. 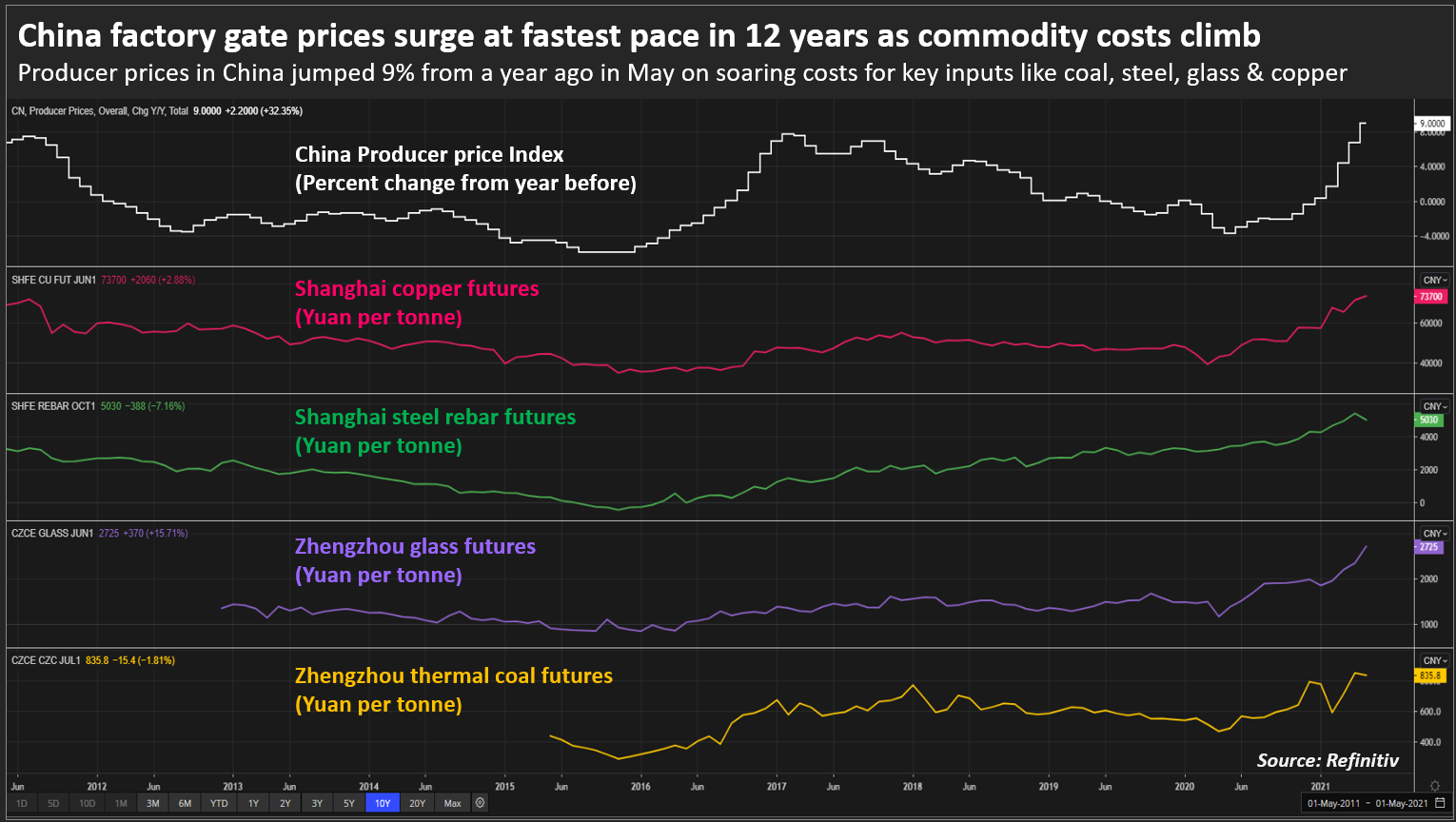 China's May factory gate prices rose at their fastest annual pace in over 12 years as a result, stoking fears of rising inflation. read more

HOW WILL THE SELL-OFF WORK?

There's not much detail yet. The administration only said it would release the metals in batches via public auctions to processing and manufacturing firms "in the near future".

HAS CHINA SOLD RESERVES BEFORE?

It also conducted sale auctions in 2005 for copper - viewed by China as a strategic commodity.

DOES CHINA SELL OFF RESERVES OF OTHER COMMODITIES?