Dark clouds hang over the financial district as the spread of the coronavirus disease (COVID-19) continues in Frankfurt, Germany, March 16, 2021. REUTERS/Kai Pfaffenbach

LONDON, May 13 (Reuters) - It’s rare for German elections to be exciting, market-moving events but the one on Sept. 26 may prove the exception if its outcome completes the transformation of a nation long wedded to austerity into a big spender.

The election will end Angela Merkel's 16-year stint at the helm of Europe's biggest economy, and the Greens have a chance to become the leading party in national government for the first time in their 40-year history.

The implications could range from more environment-focused spending to greater euro zone cohesion. German bond yields have risen since the Greens nominated their first candidate for chancellor because of increased election uncertainty and a perception that increased fiscal spending could be on the way.

"A Greens-led government would be a historic change for Germany, a country so far characterised by a culture of high political stability, moderation and centrism," said Barbara Boettcher, head of European policy research at Deutsche Bank.Here's a look at what the election means for markets: 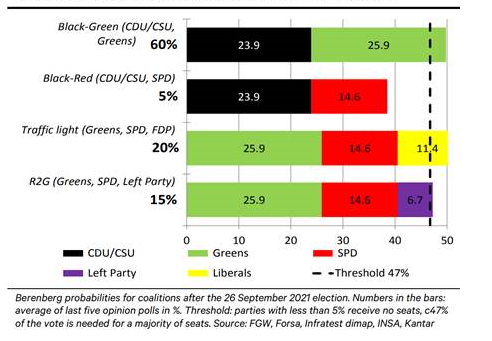 The COVID-crisis saw Germany retreat from fiscal caution but under the Greens, the country could well say “auf wiedersehen” (goodbye) to austerity for good.

The Greens want 500 billion euros ($600 bln) of new spending over the next decade and to reform the constitutionally enshrined debt brake rule, which limits net annual federal borrowing to 0.35% of economic output.

Scaled to the U.S. economy, the plans equate to $3 trillion of spending or 1.5% of 2019 GDP, according to Citi, comparable to U.S. President Joe Biden's agenda.

If economic growth accelerates, it could well bring interest rate rises closer and boost the euro. 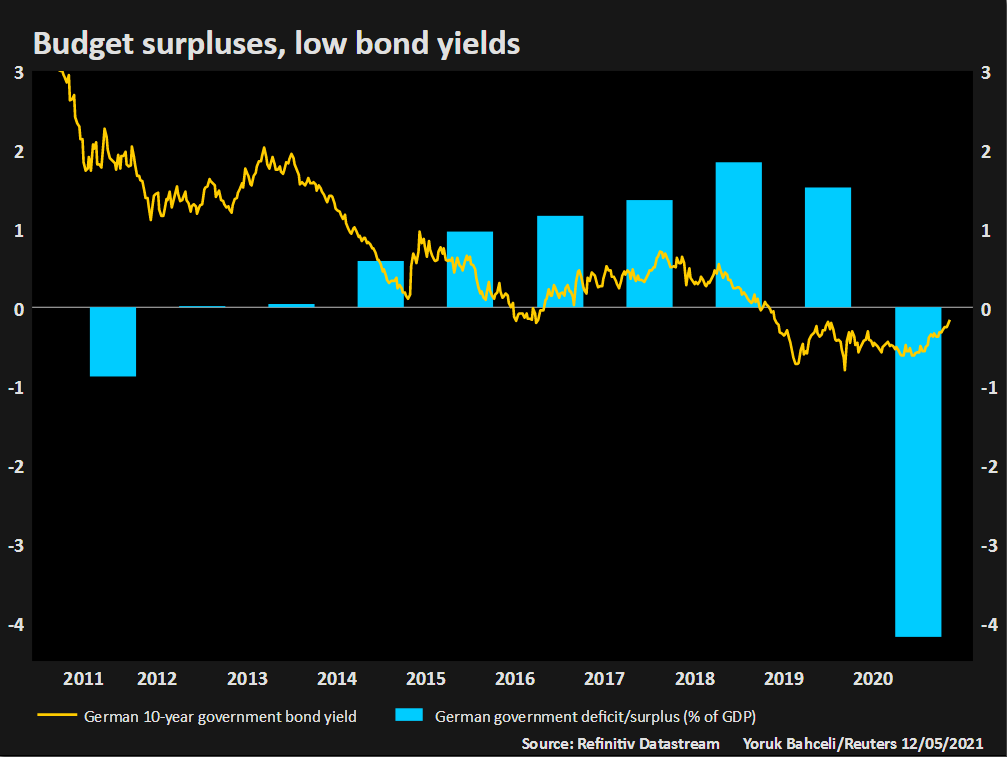 2/ NO MORE BREAKING UP

The risks are reflected in 10-year Italian bond yields, which are more than 100 basis points above German equivalents, ING Bank says. ING predicts that this gap will narrow to 75 bps over the coming months . 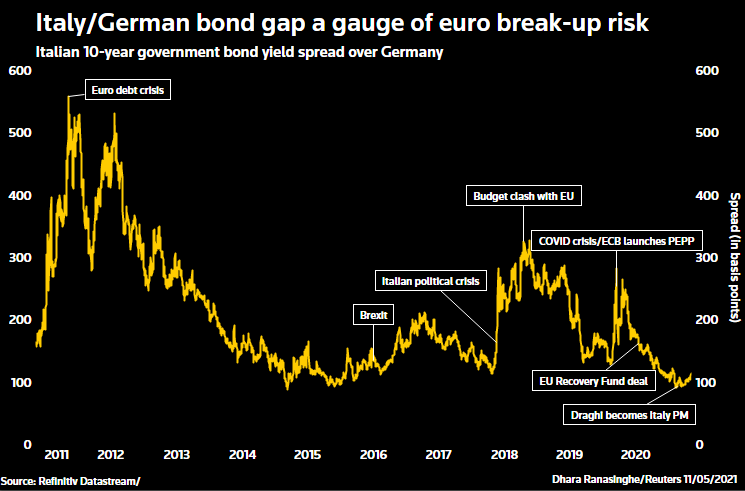 More bond issuance is inevitable to fund the proposed spending. That would shift the "paradigm" that has depressed German bond yields for years, ING says.

Even if coalition partners ultimately limit Green plans, the additional debt issuance should ease the region's shortage of "safe" assets, which has crimped the euro's reserve currency status.

Making the EU recovery fund permanent would further expand the euro safe asset pool, as it is backed by joint bond sales.

By adding to the supply of highly-rated bonds, "all the scares about scarcity...would reduce quite a lot", said Annalisa Piazza, fixed income research analyst at MFS Investment Management.

Wind and solar power companies should benefit as would the auto sector, which is trying to challenge electric vehicle world leader Tesla.

"Coalition-building may imply compromises to be struck in potentially contentious policy areas, including housing," UBS analysts wrote, though they see a carbon tax as manageable for property firms such as Vonovia (VNAn.DE) and Deutsche Wohnen (DWNG.DE). 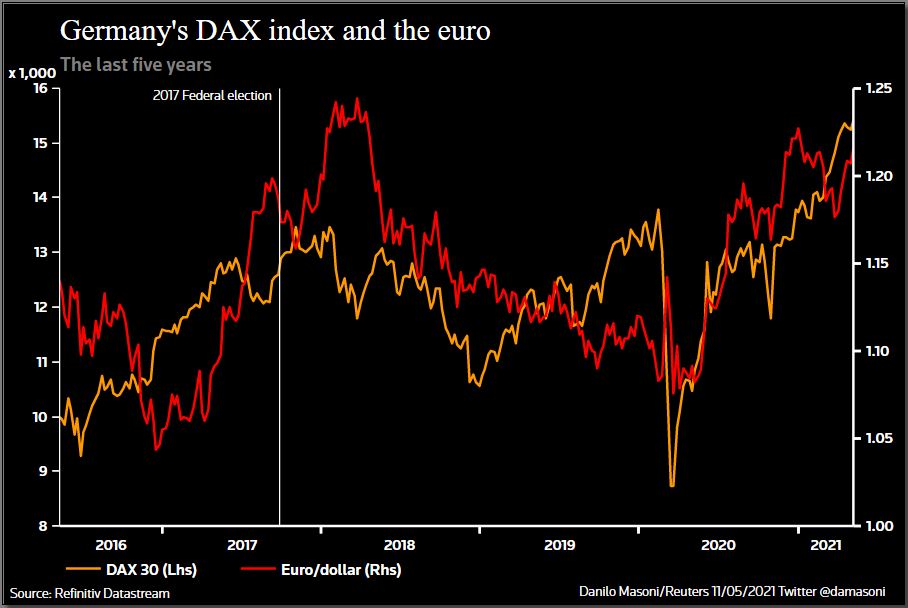 Annalena Baerbock, the Greens' chancellor candidate, also says liberal democracies must uphold their values so Europe could, for example, consider banning some products from China.

The Greens also say they oppose arbitrarily upping defence spending to the NATO-mandated 2% of GDP, key for defence contractor Rheinmetall (RHMG.DE), though its shares may still benefit from any push to modernise Germany’s army.