LONDON, June 30 (Reuters) - After the unprecedented pandemic-driven swings in global financial markets last year 2021 was never going to be dull, and so it has proved.

Vaccine programmes and some of the biggest fiscal and central bank stimulus ever seen have made for compelling viewing.

Add to that another wild run for bitcoin, digital art selling for tens of millions of dollars despite being free on the internet and major gyrations in government bond markets and you start to get the picture.

"It has been extremely dramatic year," SEB investment management's head of asset allocation Hans Peterson said. "The swings have been absolutely enormous. It has not been an easy year, it has been quite tumultuous."

World equities have recorded an 11% gain but mainstay U.S. and German government bond markets have had their toughest H1 since 2013 despite a better last few months.

Central banks alone have bought $0.9 billion of financial assets an hour. That has fuelled a $54 trillion surge in global equity values, but also means U.S. inflation is now annualising 8% compared to an average of 3% over the last 100 years.

"The zeitgeist for the first half has been U.S. fiscal stimulus and its relationship with the bond markets," said Eric Theoret a global macro strategist at Manulife Investment Management, adding it would be crucial going forward too.

Other seismic moves have been the surge in oil, the 20% rise in copper and a 30-40% leap in wood and food staples like corn and soybeans that is fanning both inflation and other markets.

Oil’s hot streak has seen the Canadian dollar and Russian rouble outperform. Metals have helped lift South Africa's rand but not the Aussie dollar. Britain’s pound has done well thanks to the UK’s rapid COVID vaccine rollout programme, whereas the Japanese yen and the euro, where progress on the inoculation front has been slower, have slid 6.7% and 2.5% respectively.

Emerging markets have seen big moves too. Brazil's race to raise interest rates in recent months has seen its currency go from being the worst performer in the world at the end of Q1 to the best, now up 5.5%.

At the other end of the table, Colombia and Peru have been struck down by political uncertainty and Turkey’s lira has followed last year’s 20% beating with a further 14% drop.

Remarkably, the lira was the world’s best performer for the first six weeks of 2021. Then bond yields and energy prices kicked higher and President Tayyip Erdogan sacked another central banker.

Things have been even more wild in crypto markets where bitcoin soared all the way from $29,000 to just shy of $65,000 in April only to slump back to $36,000 as countries like China tightened regulations.

An explosion in non-fungible tokens (NFTs), a kind of crypto asset used to track ownership of intangible digital assets such as images, videos and music, saw a digital collage fetch $69.3 million in March, while the first ever tweet by Twitter boss Jack Dorsey sold for $2.9 million in NFT form. 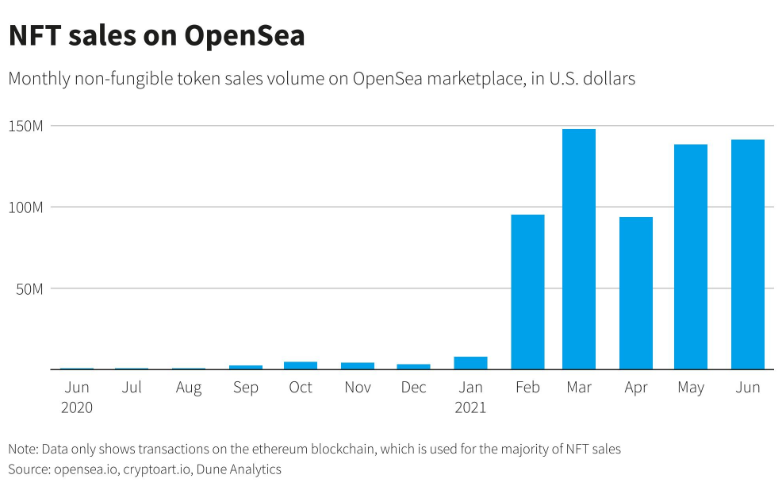 From their early year peaks, funds or stocks linked to innovation – the ARK Innovation Fund, Tesla, solar energy stocks, BioTech shares and special purpose acquisition companies or SPACs – are down 15% to 30% although there has also been a rebound since May.

The FAANGS quintet of Facebook, Amazon, Apple, Netflix and Google have jumped 10% this month for example.

"We are in a very unusual recovery of course," said Vincent Manuel a chief investment officer at Indosuez Wealth Management, adding that many investors were scratching their heads as to why 10-year Treasury yields had fallen back to 1.5% after the Fed pulled forward U.S. rate hike expectations.

"There is a paradox," said Citi strategist Matt King. "The more successful the Fed and the other central banks have been at driving everything up, the more dependent the markets have become on the continuation of that flow of liquidity." 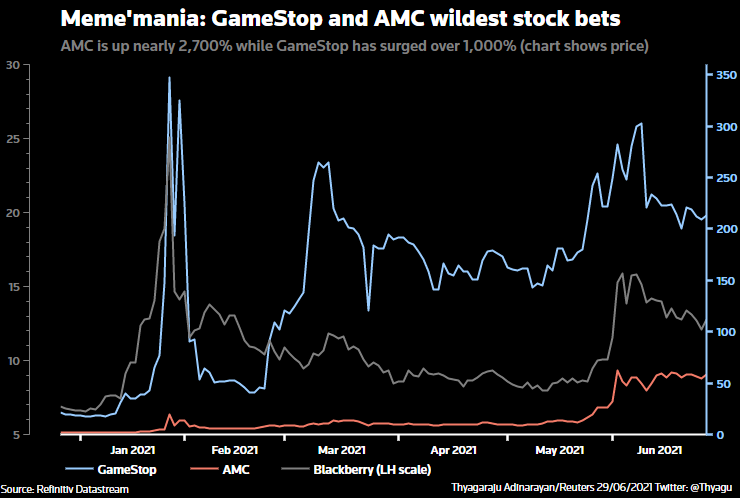 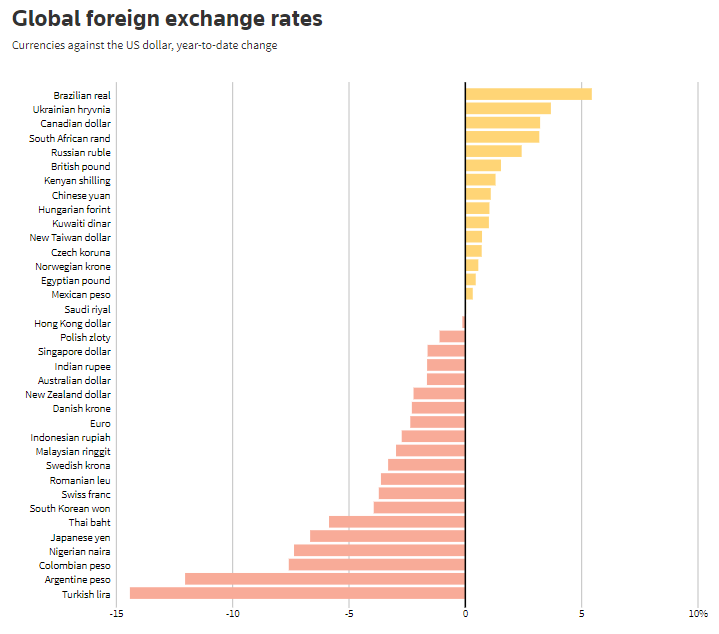