The OPEC logo pictured ahead of an informal meeting between members of the Organization of the Petroleum Exporting Countries (OPEC) in Algiers, Algeria, September 28, 2016. REUTERS/Ramzi Boudina/File Photo

But a benign readout could trigger a "risk-gone rally" on the view that lax Fed policy will continue, said Edward Moya, senior market analyst for the Americas at OANDA.

Despite the U.S. economic recovery, many millions remain jobless due to the pandemic, so the United States still has room before the economy really revs up, he added.

U.S. bond yields fell after data suggested the U.S. economy might not be as hot as some fear. A gauge of the large U.S. services sector showed moderate growth in June, down from a record pace in May. read more

The data buttressed Friday's U.S. employment report, which many saw as showing an improving labor market, but not at a fast enough pace to signal an economy prone to overheating. read more

A month ago, such yields were widely expected to rise in the second half, possibly reaching 2% by year-end. Now, an equally widely held view is that yields may have peaked for the year.

"That is a major reversal for many people," Moya said. 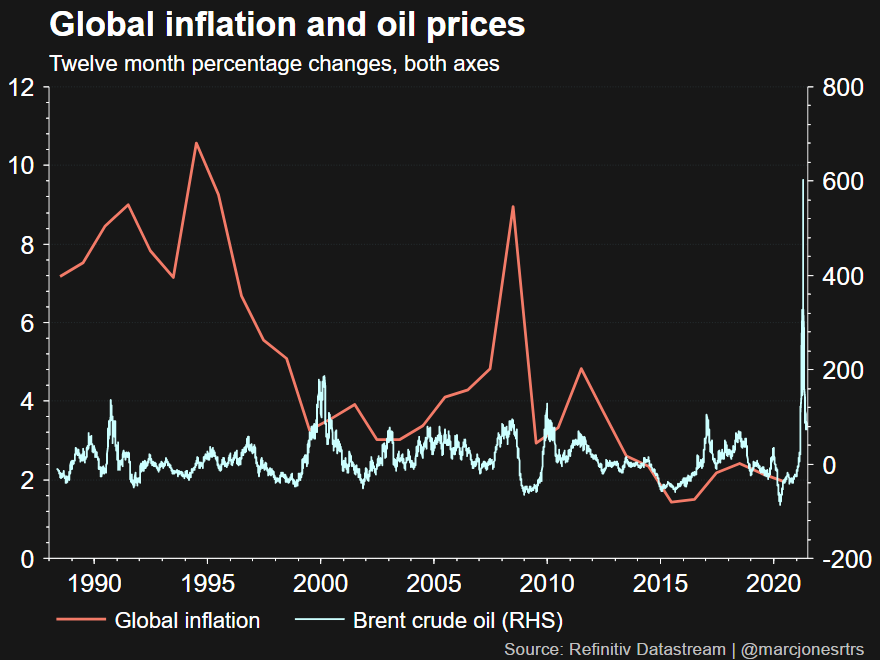 Oil fell on Tuesday, reversing an initial rally after OPEC+ producers canceled a meeting due to clashes over plans to increase supply to meet rising global demand.

The Organization of the Petroleum Exporting Countries (OPEC) and allies, known as OPEC+, abandoned talks Monday after the United Arab Emirates rejected an eight-month extension to output curbs, meaning no deal to boost production had been agreed. read more

Some OPEC+ sources said a new meeting would take place in coming days and lead to a supply boost in August.