All three major U.S. stock indexes ended in the green and within 1% of record closing highs, thanks in part to Big Tech. The Dow and S&P 500 fell earlier in the day on the number of Americans filing new claims for unemployment benefits. The dollar also rose after it slid earlier in the trading session. read more

"The overall picture continues to point to a return to a pre-pandemic level of economic activity," said Anu Gaggar, senior global investment analyst for Commonwealth Financial Network, in an e-mailed statement about the jobless claims and market impact.

The dollar index, meanwhile, rose 0.1% to 92.852 . The U.S. currency hit its highest level in more than three months on Wednesday. read more

“We had a form of capitulation in the market, Wednesday, Thursday, Friday and Monday, but a sign of resilience occurred on Tuesday and Wednesday,” said Steve Goldman at Goldman Management. “That’s typically a favorable sign for a market not far from its high. That’s usually a hopeful sign. It tends to indicate that the selling pressure has subsided.”

“The jobless claims data that came out this morning was soft and continues to be stubbornly elevated,” said Sean Bandazian, investment analyst for Cornerstone Wealth. “The market is probably digesting some volatility from the last several days. We had a pretty sizable drawdown and then recovery making back 75% of what we lost Friday and Monday.”

Growth stocks were back in favor, closing up, while value stocks slipped. Earnings season marched on, with Intel Corp (INTC.O) falling in extended trade after posting results and Southwest Airlines Co (LUV.N) reporting a loss.

There were increases in filings for unemployment benefits in California, Illinois, Kentucky, Michigan, Missouri and Texas. Some of these states have experienced a surge in new coronavirus cases as the more contagious Delta variant spreads, while U.S. senators try to take aim at tech companies allowing misinformation about vaccines to spread. read more

Still, the weekly jobless claims report from the Labor Department showed more people are returning to work, a trend that bodes well for July's employment report.

Earlier this week, a revived appetite for riskier assets came as worries eased that the Delta variant of COVID-19 would seriously crimp economic recovery, helping to lift crude oil prices. 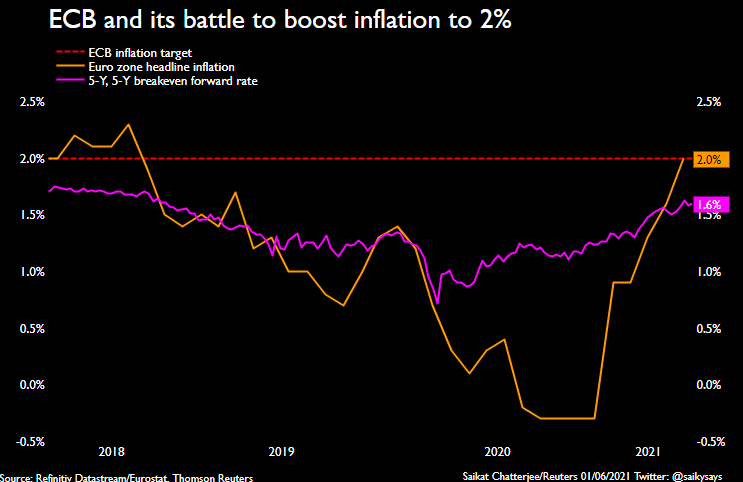 Oil prices rose about $1.50 a barrel on Thursday, extending strong gains made in the previous sessions on expectations of tighter supplies until the end of the year as economies recover from the pandemic.

Cryptocurrencies were firm after bouncing from lows when Tesla boss Elon Musk said the carmaker would likely restart accepting bitcoin payments after due diligence on its energy use. read more 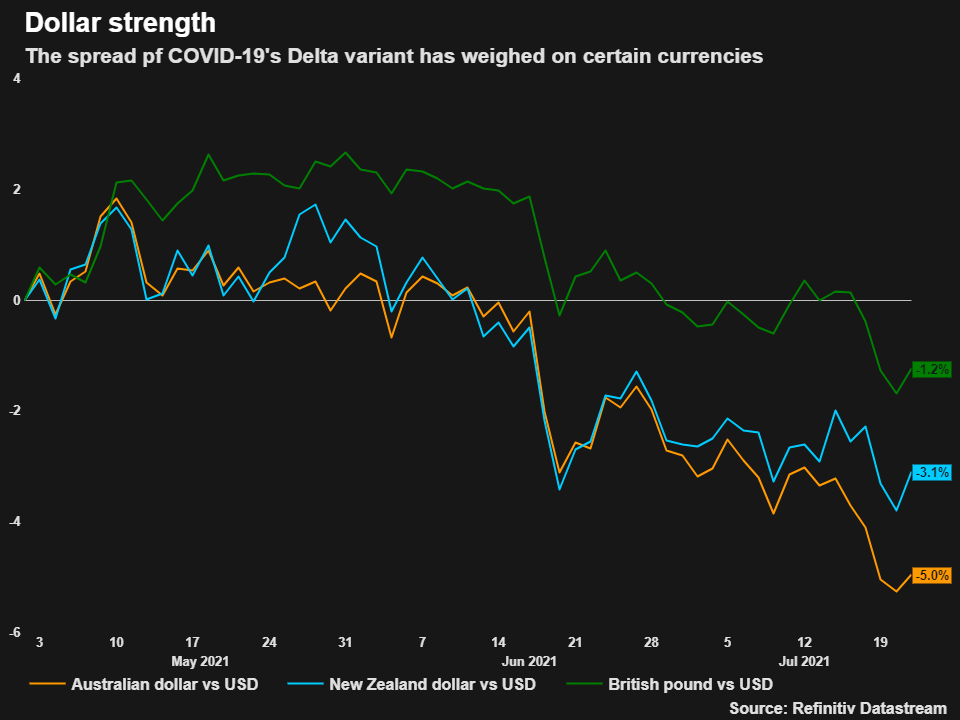