SHANGHAI, June 4 (Reuters) - At Chongming Island just outside Shanghai, China’s most populous city, workers collect and pack tomatoes and cucumbers at a glass greenhouse operated by Dutch company FoodVentures, which harvested their first batch of produce at the site in May.

The facility is one of dozens sprouting up on the outskirts of China's megacities that utilise high-end technology to manage irrigation, temperature and lighting systems to grow vegetables within easy reach of a large and affluent consumer base.

"There is a trend towards more sustainable and professional supply," said FoodVentures director Dirk Aleven.

"We've seen a huge acceleration since (the) coronavirus, it is even more important now that fresh produce is produced at the spot where it's consumed. Before that, they were transported for thousands of kilometers, even within the borders of China."

By far the world's largest vegetable producer, China has used greenhouses for decades, but food supply disruptions sparked by coronavirus lockdowns in 2020 have accelerated the development of high-tech glass greenhouse facilities. 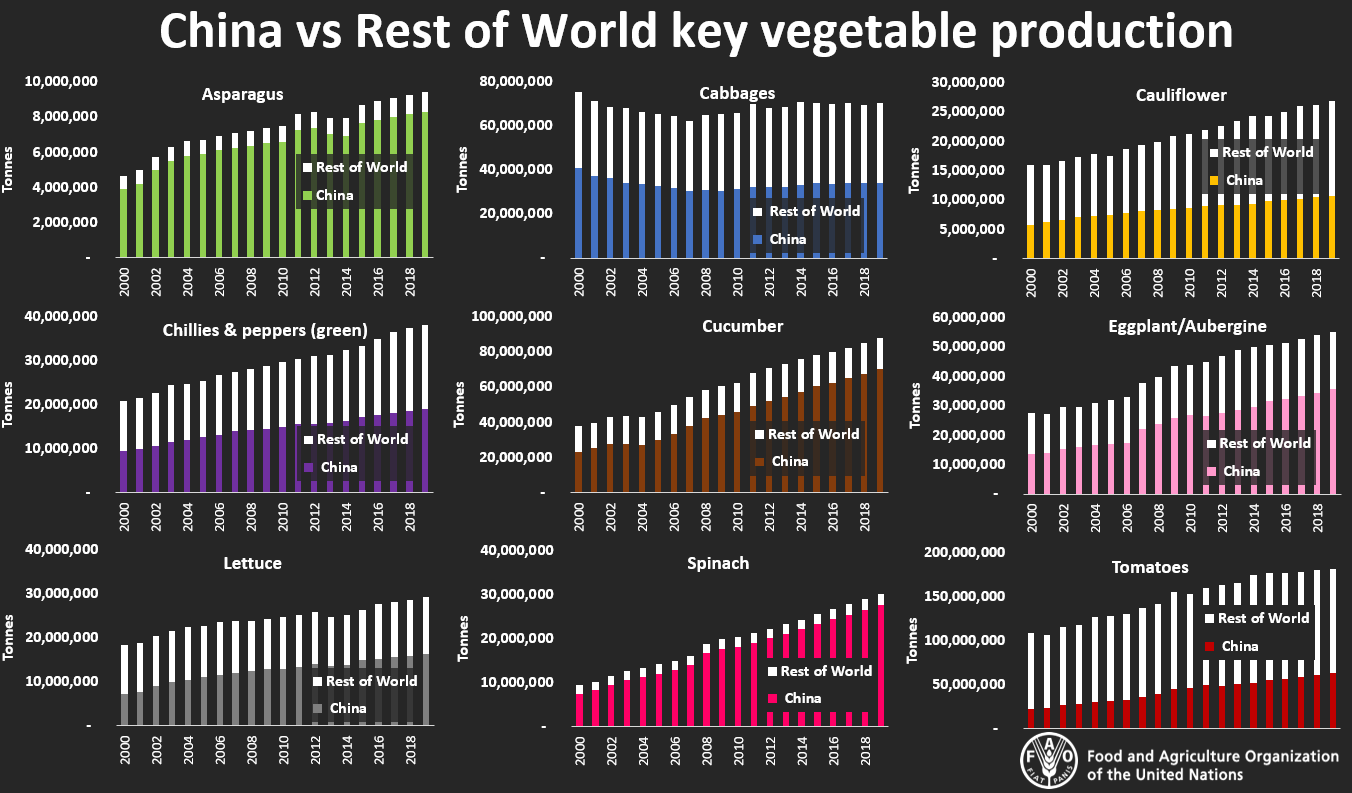 To avoid future disruptions, municipal governments have said they aim to build up reserves of critical staples, and develop distribution and logistics facilities.

The area used for glass greenhouses grew 28% in 2020, well above the 5.9% rise seen in 2019, and faster than the 6% growth seen last year in areas housing cheaper plastic greenhouses, according to consultancy Richland Sources.

Plastic greenhouses help shield crops, but are considered less efficient than glass greenhouses. The latter can churn out high quality produce that is sold directly to retailers, reducing reliance on traditional supply chains.

"We see an irreversible trend since the pandemic in consumers buying more of their groceries online, and spending more on healthier choices and agricultural brands they trust," said Lim Xin Yi, executive director of sustainability at Pinduoduo, China's largest e-commerce platform by users.

The vulnerability of that hub-centric system became apparent in 2020. COVID-19 outbreaks at a seafood market in Wuhan - ground zero for China's coronavirus pandemic - and at a major fresh market in Beijing caused a breakdown in the flow of goods to consumers, leading to food shortage and crop spoilage.

"The pandemic has pushed the fresh food industry to reduce the number of intermediaries in its supply chain network," said Gayathree Ganesan, an analyst at the Economist Intelligence Unit.

A farmer gathers cucumbers at Hengda greenhouse in Shanghai, China May 25, 2021. REUTERS/Aly Song

Built within city limits to reduce distance to buyers, the greenhouses are usually collaborative ventures between Chinese property firms and greenhouse companies from the Netherlands, a key player in agriculture technology.

FoodVentures' greenhouse outside Shanghai is a typical example.

Over three football fields long and two storeys high, one of the facility's units nurtures uniform rows of cherry tomato plants that snake up towards the ceiling. It is capable of producing up to 120 tonnes a month of cherry tomatoes.

"Being healthy is already a first protection against any virus, so people care even more about what they eat," said Aleven. "Secondly, ... we want to get rid of the long logistics because we are not sure if it always works and that's what we've seen during this pandemic."

"Localising it as much as possible is the only answer," he added.

Greenshouse-grown produce is usually sold directly to e-commerce platforms and supermarkets, bypassing the many middlemen and wholesale markets that are a traditional feature of China's vegetable supply chain.

Carrefour China, which is 80% owned by Chinese retail giant Suning, said its cooperation with greenhouses around cities has grown steadily in the past two years to meet consumer demand.

Further growth in key cities is likely, with a recent government document showing Beijing aims to more than double its "high-efficiency facility agriculture land" to over 300 hectares by 2025.

That growth could further cement China’s status as top vegetable producer. The country already accounts for 75% or more of global output of cucumbers, green beans, spinach and asparagus.

"(At that time) supermarkets were looking for growers with the ability to deliver within 24 hours and they had no time to search for new suppliers," he said.

But Xu said China could face some obstacles as it leaps into modern farming.

"The biggest challenges are people, people who have the knowledge to manage greenhouses to produce quality vegetables," he said.

“Most farmers are getting old and their way of production also out of date, replacing such (a) big amount of farmers is really a big challenge.”