LONDON, May 20 (Reuters) - Five years after the 2016 referendum that dealt it a heavy blow, the pound is less than ten cents below its pre-Brexit exchange rate against the dollar. But making up that final stretch of ground could prove tough.

Sterling's rally is partly down to the dollar's weakness; versus the euro, for example, the pound remains 13% below pre-Brexit levels.

Strategists polled by Reuters expect sterling to remain around current levels until early 2022.

Here are some factors which will determine whether the pound's rally continues:

Britain this week eased restrictions after a four-month lockdown, giving Britons a chance to spend some of the 200 billion pounds ($280 billion) Deutsche Bank estimates they have saved in the past year. 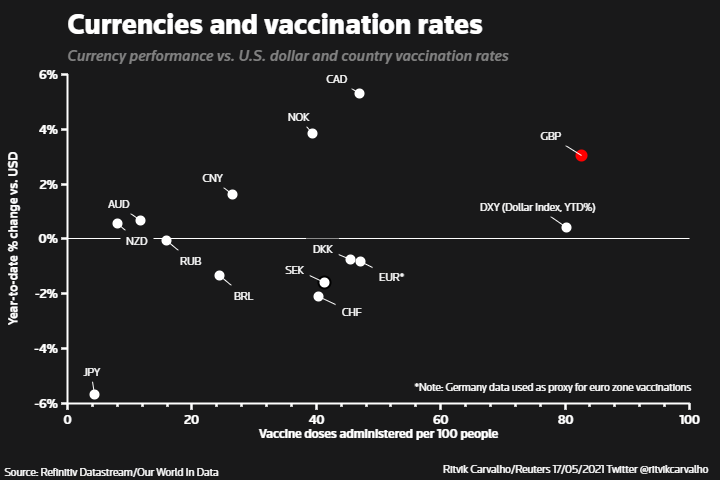 March GDP growth was 2.1%, almost double expectations. The Bank of England forecasts a 7.25% expansion in 2021 versus the 5% flagged in February.

Sterling has already been lifted by Britain's rapid immunisation campaign, but as euro zone vaccination campaigns accelerate, the advantage is fading; April was sterling's weakest month versus the euro since last May.

"I wouldn't propose going long (sterling) because the currency has already priced the UK's relatively quick vaccine roll-out and Europe is now catching up," said Sebastian Mackay, a multi-asset fund manager at Invesco. 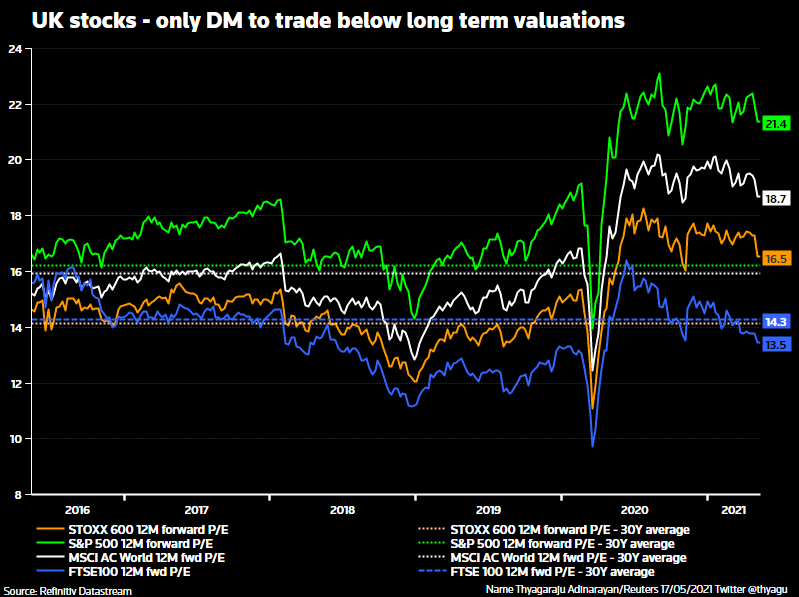 Some bet Britain's growth rebound could see the BoE raising interest rates before the U.S. Fed.

This month the BoE slowed the pace of its bond-buying programme, and money markets are pricing in a rate hike by end-2022. Data on Wednesday also showed the inflation rate more than doubled in April from March.

"We know the BoE can turn hawkish on a dime if data comes in stronger," Salman Ahmed, head of global macro at Fidelity International.

The spread of the Indian COVID-19 variant, the economic drag from Brexit and the departure of the hawkish Andy Haldane from the BoE could however delay rate rises. 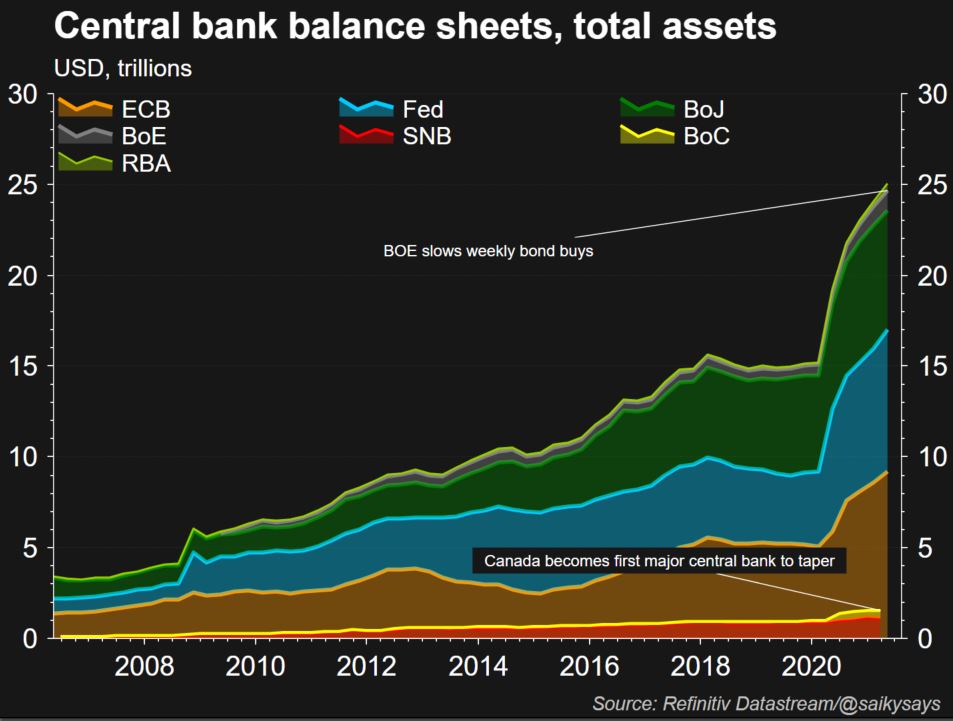 Given the backdrop of rising growth and inflation, Britain's equity indexes, heavy on banking, mining and energy stocks, could well suck away investment from tech-dominant U.S. markets. They also trade around 13.8 times forward earnings, well below European and U.S. peers.

In Britain meanwhile, Boris Johnson's Conservative party, perceived as pro-business, has a comfortable majority in parliament. He doesn't have to call another election until 2024.

A Scottish independence referendum, potentially risky, is a distant prospect, especially after the Scottish National Party failed to gain an overall majority in recent elections. 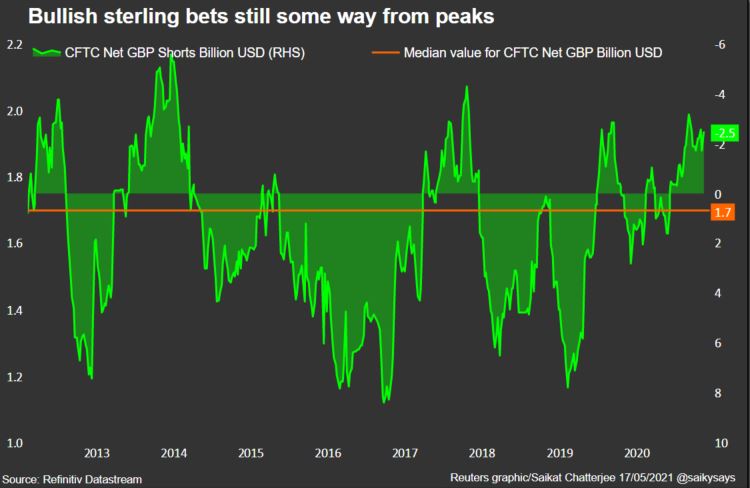 The pound still looks cheap. Against trade partners' currencies, it's still 15% below its 40-year average rate.

So investors have been upping bullish pound bets, with net "long" positions at the highest in more than two years at $2.5 billion, according to the Commodity Futures Trading Commission.

But caution may be creeping in. CME data shows heavy recent buying of bearish pound options carrying "strike" prices of $1.40 and $1.32. 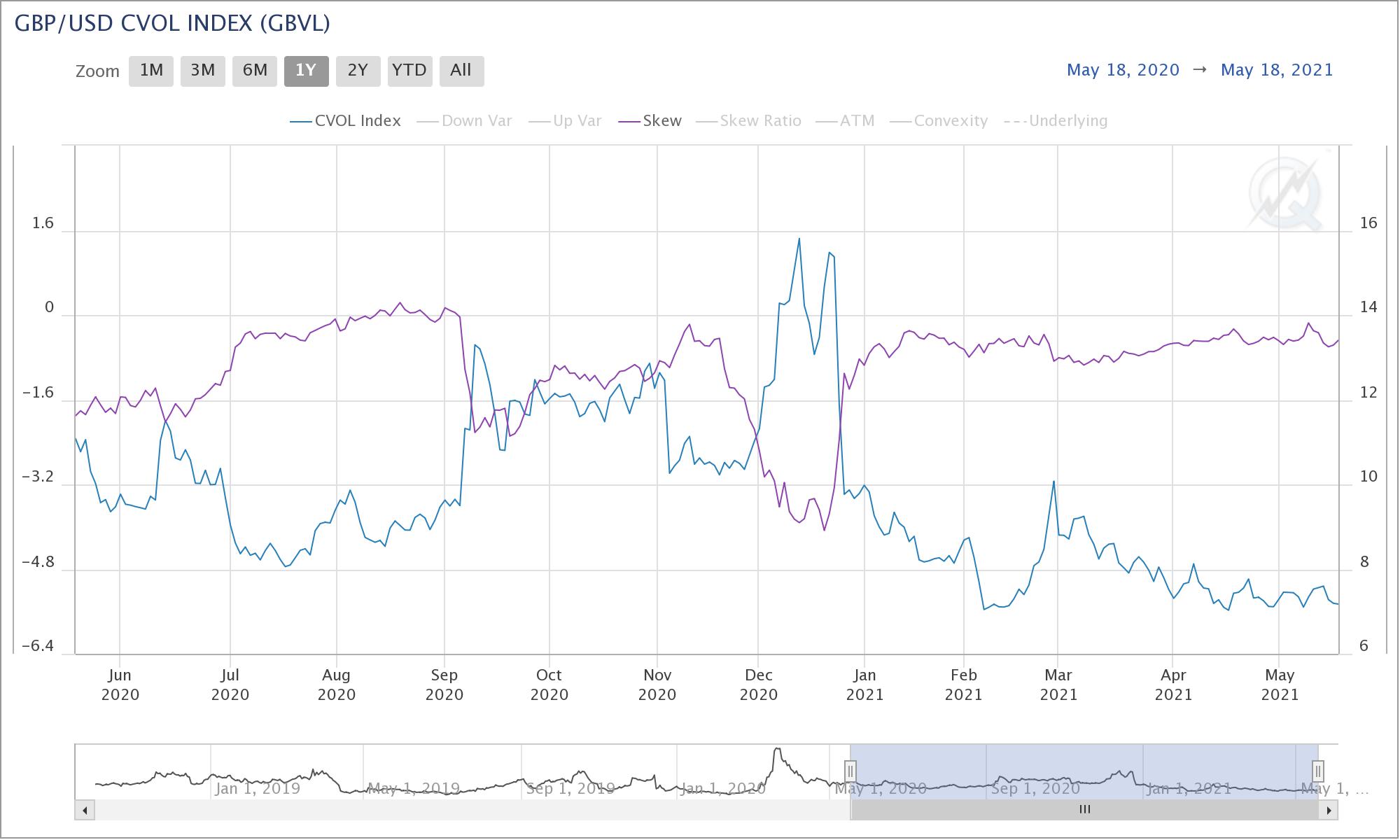